Matreya Scarrwener Personal Life Details: From Her Age To Career Details; Also Know Her Parents, Dating Life And Net Worth! 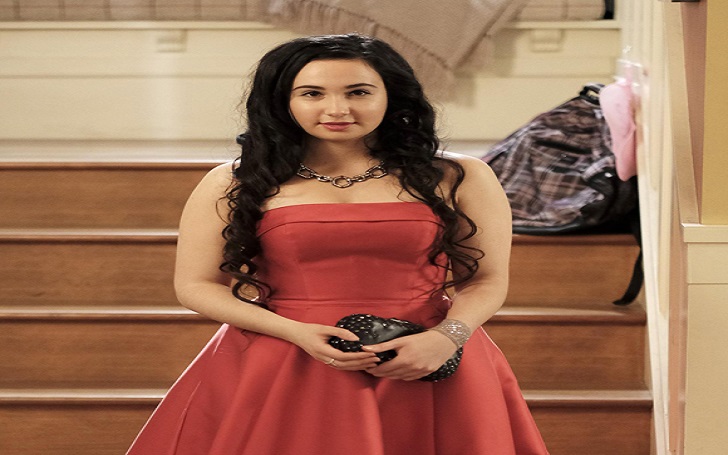 The TV and film industry consistently introduce talented stars. Among them, some are very young and full of talents with a promising career. They even do some incredible things in fields running from expressions to science to activism.

Today, we are talking about Matreya Scarrwener who recalls a lifelong love of acting. She has turned into a promising actress on stage and screen and walking toward becoming a future star.

Let’s take a closer look at her personal life; her bio, career details and her net worth.

Who Is Matreya Scarrwener? Know Her Age, Height, Feet Size, Bio And More In Her Short Wiki

Matreya Scarrwener is a beautiful 19 years old young Canadian actress who celebrates her birthday on the 23rd of February. She was born in the year 1998 in Vancouver, Canada.

She got fame through the ABC series, “Once Upon a Time,” where she portrayed the character of “Dorothy Gale.”

Before fame, Matreya had some small but essential roles in shows like “The Killing” and “The Haunting Hour.” She learned a lot of skills from these small shows and grew as an emerging and promising actress. 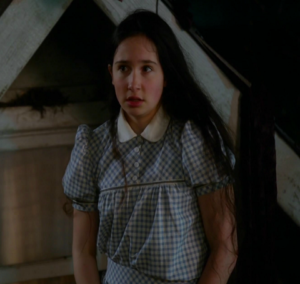 Caption: Actress Matreya Scarrwener as Dorothy Gale in “Once Upon a Time.”

After exposing the talent on “Once Upon a Time,” Matreya stood as a promising Star. She earned recurring roles on “Detective McLean: Ties That Bind” as “Mariah” and in “Strange Empire” as “Robin.”

Matreya loves her parents and siblings too much and often expresses her feelings of love to them via social media Twitter and Instagram. She has an older sister and a younger brother as siblings and a great dad and mom as parents.

Matreya loves to do the craziest things with her big sister. She excitedly waits to meet her sister and share the happiness on Instagram:

She has an inspiring mother, Dolly Scarr in her life. Scarrwener wished her mother on Mother’s Day and mentioned herself as lucky to have such an encouraging mother on Instagram:

Happy Mothers Day Mommy! I am so lucky to have such an inspiring mother <3 and thanks @up_tv for the treats for my great mom! #tiesthatbind #mothersday

She also adores her father and even mentions him on Twitter and Instagram. Scarrwener made a tweet last year where she wished her father on his birthday.

Matreya’s mother took her to her first play at the age of 2. She amazed her parents as she was able to recount the entire plot and also described all the characters of the play. She asked her parents to get her an agent at the age of twelve. But her parents denied and inspired her to do the legwork herself.

As a professional actress, Matreya has earned a lot of fame and name including a considerable net worth. But she has not exposed the value of her net worth to the media yet.

Matreya has great affection for her loved ones, but still, her dating life is under the shadows. She has not officially announced her boyfriend name yet. Is it because she is just a teenager?

Well, most of the teenagers have a boyfriend in their life. Most probably, Matreya could be dating someone and has kept it top secret. But unless she reveals her boyfriend to the public, we must say that she is currently single.

Once, Matreya posted a picture on Instagram where she captioned “My boyfriend, George Watsky.” But after the post, she never mentioned him. Well, she did put everyone in

But after the post, she never mentioned him. Well, she did put everyone in a dilemma that whether George is actually her boyfriend or not? However, it seems that Matreya is not dating anyone at present and must be waiting for a perfect partner.

Once, she starts dating someone; we will be the first to update you. So stay tuned with us!