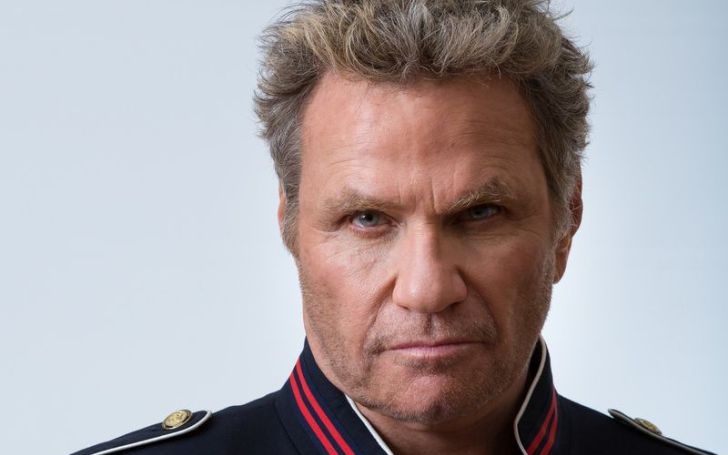 The veteran actor Martin Kove is constantly working in Hollywood for the past forty years. In his long career, he played all types of characters and impressed his viewers with his versatile acting.

Along with a sucessful career, Kove also maintained a healthy life. Know in detail about his significant another, Kids and family life in general:

The 73 years old actor Martin Kove is currently in a relationship with Mary Scavo Squire. She is the CEO of River Park Executive Suites.

The pair is open about their affair and attends public events together. Furthermore, the couple also regularly shares adorable pictures on their respective social media accounts.

Kove was married to Vivienne Raymond Kove from 1981-2005. She was a production assistant by profession.

From this marriage, Kove is a parent of two children. The twins, Jesse Morgan Kove and Rachel Olivia Kove were born on November 2, 1990.
His son Jesse is an actor and producer. He is known for his work on First Day, Steve the Intern and This Is Our Christmas.

Martin’s daughter chose a different path and did not work in the film industry. Instead, she works at Home Care Recovery Solutions.

Martin Kove holds an overall net worth of $2 million. He collected this wealth from his four-decade work in the entertainment industry.

In Kove’s long career, he is credited with 228 projects. Some of his well-known projects are Walker, Texas Ranger, Cagney &Lacey and Rambo: First Blood Part II.

The actor is, however, most remembered by fans for playing Sensei John Kreese in The Karate Kid film series.