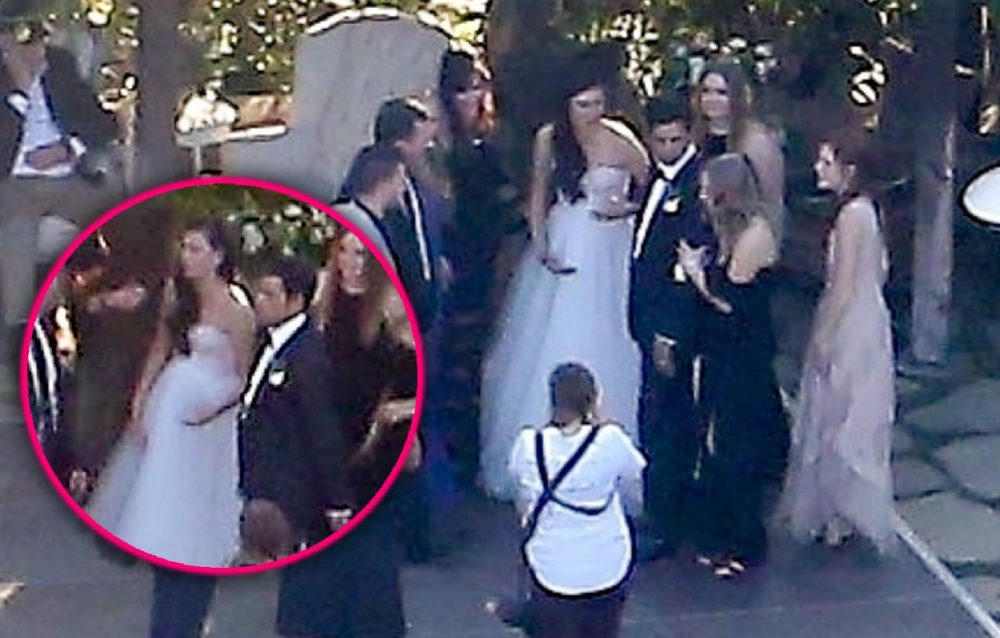 Well, Caitlin McHugh might not be a familiar name for everyone. She is an American actress, writer, and model. You might know her from the Colgate toothpaste television commercials in 2016 and is now on the headlines for tying the knot with American actor John Phillip Stamos aka John Stamos.

Did Caitlin McHugh really get married to John Stamos? Let’s dig the story to know more about this. Caitlin McHugh is basically famous for her personal life rather than her professional career.

So, today, in this particular column, we will let you people know about McHugh in detail. Get to know everything from her professional life to personal life. Check it out:

Who is Caitlin McHugh?

As mentioned above, Caitlin McHugh is an American actress, writer, and model who first started her professional acting career in 2007 after appearing in small parts of the films and television. She began her acting career with a minor role in I Am Legend.

Though McHugh appeared in a minor role in the film, she successfully earned nine more credits for over the next six years. Later, in 2014, she appeared in the recurring role in the TV series The Vampire Diaries.

Following this, she has appeared in small roles in the movies, Wild for the Night, Tomato Soup, Random Tropical Paradise, and so on.

In 2017, McHugh started her writing career. She co-wrote the romantic comedy short film Ingenue-ish with her now-husband, John Stamos.

Starting from the first day, Caitlin McHugh and John Stamos first met while filming an episode of Law & Order: SVU back in 2011. It wasn’t exactly love that happens at first sight.

Actually, the couple started dating only in March 2016. After dating almost for two years, Stamos proposed her at Disneyland, one of her favorite places. And she instantly replied with a YES!

On October 22, 2017, Stamos announced the engagement news in her Instagram with a caption “I asked…she said yes!… And we lived happily ever after????”

So, they are already engaged? But, are Caitlin McHugh and John Stamos married as well?

Just after around three months of their engagement, Caitlin McHugh and John Stamos are officially married. McHugh who was pregnant at the time with their first child got married to Stamos at the Little Brown Church in Studio City, California on 1st Feb 2018.

McHugh was dressed beautifully in a white, strapless ballgown with a tulle skirt while Stamos looked dashing in a black tux. People attending the ceremony claimed that McHugh looked absolutely stunning like a princess in her princess dress.

Regarding the couple’s wedding ceremony, the ceremony was a touching ceremony with tears but mostly smiles. Only the family members and close friends got a chance to attend their special marriage ceremony. Well, the couple looked very happy together.

Back in December 2017, the couple announced that they are expecting their first child and the due date in the spring of 2018.

You Might Also Like: All You Need To Know About Ian Somerhalder: Facts, Bio, Net Worth, Lifestyle and Relationship

McHugh looked bold and beautiful in her wedding dress and her baby bump added extra charm. Speaking of McHugh’s pregnancy, when Stamos was questioned regarding the baby bump, he replied:

“The [pregnancy] happened. Then I said, I better have a ring on her finger because it’s the right thing to do, and I wanted to marry her anyway,”

If you go across McHugh’s Instagram, then you might come across her several pictures flaunting her baby bump.

Just two months after the pair, Caitlin McHugh and John Stamos tied the knot, they were again blessed with another good news. The pair became parents for the first time.

From now on, the best part of me will always be my wife and my son. Welcome Billy Stamos (named after my father)  #NotJustanUncleAnymore #Overjoyed

Caitlin McHugh and John Stamos welcomed their child on April 16, 2018. The pair named their child, Billy Stamos. He is named after John’s father, Billy.

Just like John Stamos, Caitlin McHugh was also previously married and divorced. She was previously married to Massimo Lusardi. Sources claim that McHugh and Lusardi tied the knot back on June 3, 2011. But things did not go as expected.

Just after few months of tying the knot together, the couple separated. And their divorce was finalized in the same year. However, the couple did not reveal the exact reason for their separation. In another side, John Stamos was married to Rebecca Romijn in 1998. The couple got divorced in 2005.

Recently, just a day before her marriage, in the Friday evening, McHugh’s hotel room at the Beverly Hills Hotel was burglarized and the unknown thief swept off an estimated amount of $165,000 worth of jewelry.