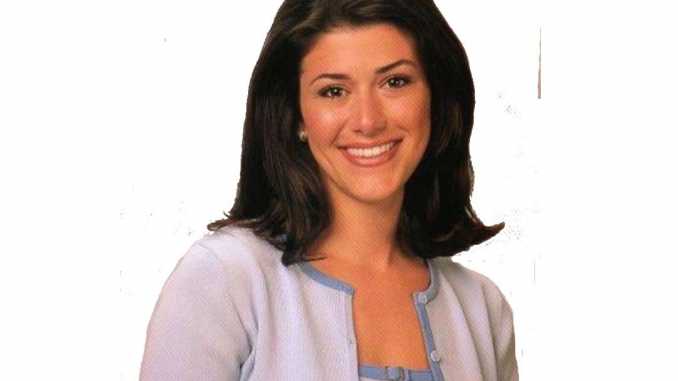 Marissa Mazzola-McMahon is an American television host, film producer, as well as public relations agent. She is famous as the wife of Shane McMahon. Shane is the Executive Vice President of World Wrestling Entertainment (WWE). However, she was also the host of the shows on Raw and SmackDown.

Marissa didn’t let her husband’s profession to overshadow her. She is often considered the fourth generation of the McMahon family bloodline of professional wrestling.

Read More: How much is Dina Shihabi’s Net Worth?

Marissa Mazzola-McMahon married her high school sweetheart, Shane McMahon. The duo married on September 14, 1996, in an intimate ceremony on the McMahon’s estate. Furthermore, only close friends and family were present at the wedding ceremony.

The lady first met her husband at a very young age in Connecticut and grew up together as friends. The couple has three children together, all sons and currently lives in NYC.

Marissa gave birth to their first child, Declan James McMahon, on 13th February 2004, when she was 30 years old. Their second son came two years later on March 26, 2006, Kenyon Jesse. Eventually, her last son, Rogan McMahon was born on 20th January 2010. Moreover, she lives with her husband and sons in Manhattan.

Marissa Mazzola-McMahon’s husband, Shane, is a fourth generation superstar in WWE, fighting opponents taking risky attempts in the ring. He is the first son of Vincent “Vince” Kennedy McMahon, the CEO of WWE. Moreover, Shane has a bike which names after his wife, Marissa as “Sweet Marissa.”

Marissa Mazzola-McMahon is a popular figure in the WWE industry deriving most of her net worth from the company. Her providence improved after she started to produce films and initiated her own company in 2005.

Marissa Mazzola inaugurated her professional career as the co-host of the WWF show, LiveWire in the year 1999. Then after, she managed the public relations for WWF. Furthermore, in 2005, she commenced her movie career as a film producer and even established her own company. Marissa, later on, founded her private company named, Kamala Films in New York City.

Marissa was born in New York City, NY, the U.S. However, she moved to Greenwich, Connecticut when she was 14 years old. As per her wiki, Marissa belongs to American- Italian ethnicity. She has two brothers and is a daughter of Anthony Mazzola.

Marissa Mazzola is the daughter-in-law of Vince McMahon, WWE CEO and also his wife, Linda McMahon. Moreover, she is the sister-in-law of Stephanie Marie McMahon and Paul Levesque who a.k.a. Triple-H.

The producer, Marissa, attended the private girl’s school at Greenwich University and further graduated from Boston University. She has a very dazzling personality and stands at a height of 5 feet 5 inches. Marissa holds Italy nationality. Moreover, she links to white humane society.

Where is Marissa Mazzola-McMahon originally from?

What is Marissa Mazzola-McMahon’s nationality?

Which ethnicity does Marissa Mazzola-McMahon belong to?

How tall is Marissa Mazzola-McMahon?

What is Marissa Mazzola-McMahon’s age?