Margo Harshman: Secretly Dating or Already Been Married To Someone? 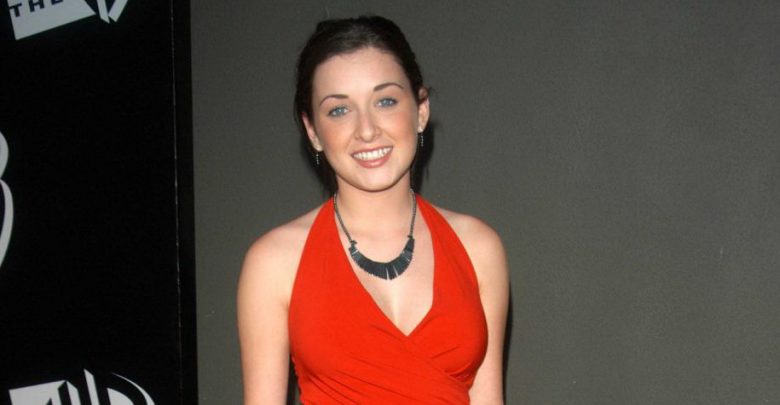 The American sitcom Big Bang Theory is one of the most-watched shows in the US. People love the entertainment that the show provides. What makes the show even more favorite is the actors who portray in it. One of the actors in the show is Margo Harshman. She plays the role of Alex Jensen, Sheldon Cooper‘s assistant. Besides the Big Bang Theory, she is also famous for her role as Delilah McGee, Timothy McGee’s paraplegic wife on NCIS.

Talking about her relationship status, Margo Harshman tied the knot with Austen Hooks in 2017; however, the couple filed for divorce on 29 November 2018 and we haven’t heard of their updates since.

Also, see: Kunal Nayyar Wiki Facts: From Age and Height To Wedding, Wife, And Married Life. Everything You Want To Know About Neha Kapur Husband

Right now, it seems Margo is enjoying her single life. She has continuously avoided the attention of the media and lives a low-key life.

How much is Margo Harshman Net worth?

Margo Harshman generates income through movies and TV series. Her acting career began in the late 90s, and since then, she has appeared in a lot of films. Some of them include The Even Stevens Movie, Simon Says, Keith, Pretty Little Devils, Sorority Row, and Toxin. She made her appearances in TV series such as Even Stevens, Grey’s Anatomy, Modern Family, Bent, CSI: Crime Scene Investigation, NCIS, and many more. However, the question is, what’s the figure of Margo Harshman net worth?

As of now, Margo Harshman’s net worth is estimated to be $6 million.

At the age of 3, Margo Harshman began her career when her grandmother enrolled her in beauty pageantry. By the time Margo was eight years old, she already met her first manager. Her role in The Elf Who Didn’t Believe marked her entrance into the movies in 1997.

She made her appearances in TV shows like Center of the Universe and Run of the House, Even Sevens, Grey’s Anatomy, Journeyman, 90210, Boston Legal, and Modern Family, to mention a few. In 2008, she appeared in the film Keith next to Jesse McCartney. She also starred in the movie College Road Trip with her fellow Disney Channel stars.

Margo Harshman appeared in The Big Bang Theory where she was featured as Alex Jensen, Sheldon Cooper’s assistant and in NCIS where she played as Delilah Fielding, the wife of Timothy McGee, an intelligent analyst at the US Department who was confined in a wheelchair.

In 1986, Margo Cathleen Harshman was born in San Diego, California. She celebrates her birthday on March 4 that makes her age 32. She was born to parents Janelle Harshman and David Harshman. On May 14, 2014, her mother died from breast cancer after a 20-year battle with the disease.

Furthermore, she has two older sisters, one older brother, and one younger brother. She belongs to the white ethnicity.

Her zodiac sign is Pisces. Regarding her build, Margo Harshman is 5 feet 4 inches tall. As a matter of fact, despite her widespread fame, she is not much famous in social media. Less than 2 thousand people follow her on Instagram which is privatized while there are 12.7k followers on her Twitter.