Manuela Escobar Wiki Bio: Where Does She Live Today? Other Important Facts To Know About The Pablo Escobar Daughter Along With Her Age And Net Worth 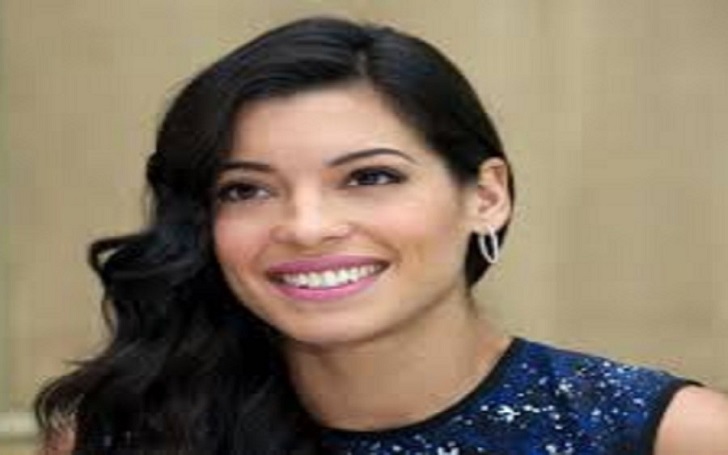 “The King of Cocaine” Pablo Escobar was killed in a police encounter in 1993. The Colombian government and the police felt relieved with the cocaine dealer’s death. However, the drug dealer’s family suffered a lot.

First, the public viewed them as the criminal’s relatives in their homeland. Second, they couldn’t get refugee in any nation due to the family’s criminal involvement. Third, they had to move from nation to nation where they had to suffer more dangerous risks.

Consequently, the Colombian government changed their identity so that they could feel more comfortable traveling far and wide. No criminal tags followed them afterward.

The story of all this name change and exile life has one important character who is the central theme of this article: Of course, the figure is none other than Pablo Escobar’s daughter Manuela Escobar.

Scroll down to know more about the emotional story of the brave little girl along with her age and net worth in this short Manuela Escobar’s wiki bio.

Where Is Manuela Escobar Today? Her Mother Maria Victoria Henao?

Pablo Escobar was the most wanted Colombian drug dealer who met a planned hostile death in a police encounter in Colombia. After his death, the real victims were his family members. Pablo lived with his wife and two children who were almost orphans after his death.

Pablo Escobar’s daughter Manuela Escobar kept in memories the death of her father since her age was nine. Since Manuela Escobar’s parents both were engaged in the drug dealing activity, the family was afraid of the possible dangers they might face from the enemies.

Must Read: Death Of Actress Carrie Fisher Revealed through the Autopsy; She had Cocaine, drugs in her system!

Therefore, they tried to flee from their homeland and take shelter in other countries. No countries permitted them entry. To make their exile unrecognized and risk-free, the Colombian government privileged them with an alternative masked identity. And hence, the orphans fled to the Mozambique in 1995 and then to Brazil before finally settling in Argentina.

The Escobars now had new names which could at least remove the family from the tag of a criminal family. Thus they took shelter in Buenos Aires, Argentina finally.

Manuela Escobar Today: Veils Her Tragic Past with a New Life in Argentina

With a further recognition given by the Colombian government, Manuela Escobar became Juana Manuela Santos Marroquin. Her mother and brother also had their new respective names, Victoria Eugenia Henao Vallejo and Sebastian Marroquin.

With a new identity and unfamiliar faces in Argentina, Manuela tried to veil her past. However, she could not erase her love for her father. She would quietly keep her father’s beard below the pillow she slept and the shirt her father had worn on the day he was killed.

Slowly, the family adapted to the new setting. Now, the children would go to school and mother Maria Victoria Henao would go to work. Manuela was also excited to a comparatively more comfortable life in Buenos Aires, Argentina.

Unfortunately, Manuela Escobar’s mother and brother were arrested in the conviction of false identity and money laundering. As a minor, Manuela was safe. She didn’t have to go to the police custody, but her schooling and public life remained much the same as in Colombia. She couldn’t go to school. Also, she had to take private tuition classes.

With little to no basis for suspicions, her mother and brother were let off. But since then, Manuela again had the fear of being mistreated for something she hadn’t done. Since then, she also had had some depressive episodes. She has even attempted suicide but thank god, she is still alive.

Now, she lives with her brother and her sister-in-law. She is currently studying public relations and is still a prey to depression and the fear of having been associated with someone who she barely knew.

Pablo Escobar was a criminal only for the outside world. While he was with his wife and children, anybody would find it hard to parallel his loving heart. Manuela was exceptionally fortunate Pablo Escobar was her father. It was not the criminal father who bestowed her this fortune. Instead, it was the ocean of love Pablo had for his daughter.

Pablo would do anything for his daughter. Once Manuela asked her father for a unicorn, and Pablo arranged to make a unicorn out of a horse. Pablo had arranged tutors for Manuela even in the hidden locations. Despite all his love and care for her, his criminal acts deprived the little girl of her father’s love. Manuela had to lose her father when she was nine.

Blessed with millions of comfort and overwhelming love and care in childhood, Manuela missed all these when she grew older and had to struggle with her mother and brother. Neither she could enjoy her father’s millions of net worth, nor the unicorn.

Manuela Escobar was born as Pablo Escobar’s daughter in Colombia. Her mother’s name is Maria Victoria Henao. Born on 25 May 1984, her age is 34 as of 2018. She has an elder brother as her sibling.

Manuela Escobar’s childhood was turbulent. Her father’s criminal background put all the family members’ lives in danger. Manuela could not go to school because of safety concerns.

She had faced a near death experience when she was three years old. A bomb exploded in her father’s apartment. The attempt made on January 13, 1988, targeted her father. Luckily, nothing happened to the Escobar family at that time.

How long could one single criminal run away from the entire police force? Manuela’s father was continuously tracked by the Colombian police and was finally shot dead in an encounter in December 1993 leaving behind Manuela Escobar, her mother, and her elder brother homeless orphans.

After a long, difficult life in their homeland, the family finally settled in Argentina with new names.

Manuela Escobar was good at singing in her childhood. Because of her masked identity, she hasn’t revealed whether she is on the way to a singing or music profession.

In addition to her musical interests, no reliable information is available regarding her profession, career, and net worth.

Here’s another one of those Cocaine cases: An Australian woman, Cassie Sainsbury “Cocaine Cassie” imprisonment for six years in a Colombian jail for trafficking cocaine!

When her father, Pablo was in his prime, he had earned a huge net worth as he was a billionaire. Escobar had a whopping net worth of over $25 billion. But, after his demise, the Columbian authorities took away everything leaving Manuela and her family with nothing.

How old is Manuela Escobar?

What is Manuela Escobar’s nationality?

What is Manuela Escobar’s ethnic background?

Who are Manuela Escobar’s parents?

Who is Manuela Escobar’s sibling?