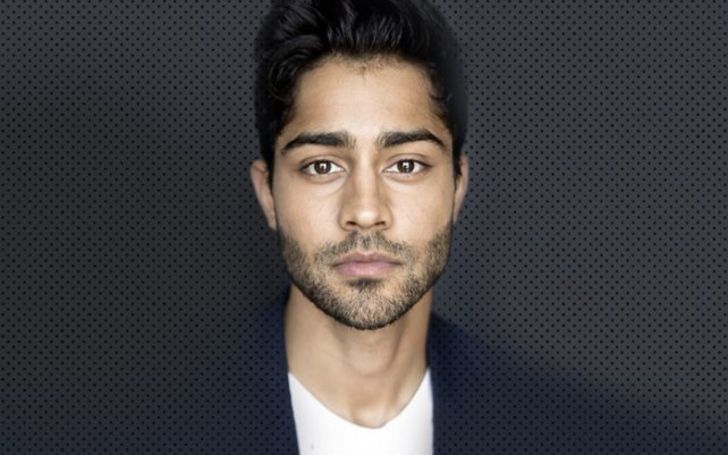 It is hard to make it in Hollywood but those, who possess the creativity and put outstanding performance, can find Hollywood a fertile land. Manish Dayal is an Indian-American who won the hearts of his loyal fans through his acting and charming face.

Manish Dayal is a famous Hollywood actor and producer who rose to fame for his notable performance in The Resident (2018), 90210 (2011) and S.H.I.E.L.D (2016). Likewise, most of his fans are familiar with his success and achievement but what about his net worth, income, marriage, wife, and children. Without any further delay, let’s jump right in the article to get every bit of information.

Who Is Manish Dayal’s Wife? Do They Share Any Children?

Manish Dayal happily tied the knot with his long-term girlfriend turned wife Snehal Patel. The couple dated for a long time before they shared wedding vows. However, he prefers to maintain a distance between his private life and the media. So, when did the marriage of Dayal and Patel take place?

Happy New Year. 2019, we ready. Be thankful and grateful for another opportunity, another shot, another year to learn, to be vigilant, to teach, to fight on and shine on.

The pair walked down the aisle back in 2015 with the gathering of family, relatives, many guests likewise, the wedding had the traditional Indian theme.

Read More: Freida Pinto is dating again. Want to know who her boyfriend is?

As of now, the lovely husband and wife share a child together. In July 2017, Dayal shared a picture of his wife with a belly bump which suggested that his partner was pregnant with their first child. Later, he posted pictures of his kid which was easy for us to confirm that it was a son.

Happy Holidays, Happy Hanukkah, Merry Christmas, Happy Kwanzaa. To all those who don’t celebrate, have a great day from the Dayal crew.

Though Dayal shared a picture of his son, he hasn’t revealed his name. The family of three is currently happy visiting different places, relaxing on the beach.

How Much Is Manish Dayal’s Net Worth?

As of 2019, Manish Dayal has an estimated net worth of $2 million. He manages to earn from his career in acting and production. Currently, he is working in a tv series called The Residents which will definitely increase his net worth fast in future.

In addition to his net worth, the actor also did many commercial appearances for brands like Domino’s Pizza, Nintendo, Windows, McDonald’s which also helped contribute to his earnings. Moreover, he is part of some breakthrough series including Outsourced (2010 -2011), Investigation (2019 – present), Switched at Birth (2011 – 2017), Law & Order: Criminal Intent (2001 – 2011).

Dayal’s most admired and loved role of Raj Kher in the American Teen drama series, 90210 (2008 – 2013) helped him a lot to rise to stardom. Some of the actors who worked in the series include Jessica Lowndes, Anna Lynn McCord, Rob Estes.

When and where was Manish Dayal born?

How old is Manish Dayal?

What is the ethnicity of Manish Dayal?

Who are the parents of Manish Dayal?

How tall is Manish Dayal?

Where did Manish Dayal graduate from?