Home Entertainment Meet The Hundred Foot Journey’s Manish Dayal: Explore His Married Life And Children Along With His Wiki-Bio And Net Worth!

Meet The Hundred Foot Journey’s Manish Dayal: Explore His Married Life And Children Along With His Wiki-Bio And Net Worth! 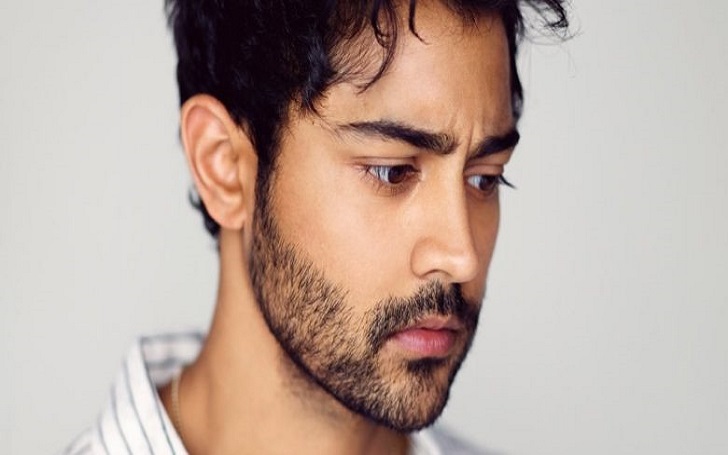 Manish Dayal knows no limit to his creativity and outstanding performances. Despite belonging to an Indian family, he is a renowned artist in the Hollywood film and TV industry and had his article published in Vanity Fair.

He can be seen in the latest historical drama film Viceroy’s House in which he played the role of Jeet. But how is his personal life? Is Manish Dayal dating a girlfriend? Or better, has Manish Dayal married someone already? Let’s know the details along with his wiki-bio and net worth:

Born to an Indian family and raised in the small town of Orangeburg, South Carolina, Manish Dayal is an American film and TV actor as well as producer.

Dayal started his acting career with commercials for McDonald’s, Domino’s Pizza, Windows, and Nintendo. His major roles in TV shows include Rubicon and 90210.

Moreover, he also starred in Agents of Shield and likewise, his most notable role is Hassan Kadam in The Hundred-Foot Journey. The actor was also named as Sexy Man of The Week.

In 2017, Dayal starred in Viceroy’s House and will appear as the main cast in The Resident which released on 21st January 2018. Similarly, his other film and TV credits include Walkaway, White Frog, Halt and Catch Fire, The Good Wife, and much more.

Dayal has no time for an extra dating affair with a girlfriend as he is a married man and has a beautiful wife. Shocked, right? Yes, the young actor and producer, Dayal has already tied the knot with his longtime girlfriend-turned-fiance-turned-wife. So, who is his wife?

Well, Manish Dayal wife is Snehal Patel. The couple enjoyed their dating affair being girlfriend and boyfriend for long years before getting engaged to each other. Manish prefers to keep his married life and his wife away from the media.

He has not provided many details about his wife and family. However, she married his fiance, Snehal Patel in May 2015 according to a Facebook post posted on “Weddings InStyle II by Sima Patel.”

Don’t Miss: Who is Regina King’s Ex-husband Ian Alexander Sr. Dating At Present? Know His Wiki-Bio including His Net Worth!

Happy New Year. 2019, we ready. Be thankful and grateful for another opportunity, another shot, another year to learn, to be vigilant, to teach, to fight on and shine on.

His wife, Snehal has given birth to a son, but the couple has not revealed the date of birth and the name of their son. Though he has shared a couple of pictures with his child on Instagram, he has not made the face of his son public.

In July 2017, he shared a photo of his wife’s belly bump which suggests that Snehal is pregnant with their second child. Since Manish has not confirmed his wife’s pregnancy, the picture could be of her first pregnancy.

Born in the year 1983 in Orangeburg, South Carolina, Manish Dayal’ birthday is on the 17th of June. Hence, at present, his age is 36.

Happy Birthday to my baby sister, the homie since day 1. Proud of all you’ve accomplished, Doc. Keep going. #february12th

His real name is Manish Sudhir Patel. Dayal is his grandfather’s first name, and Sudhir is his father’s name according to Gujrati tradition. Moreover,  his parents are from Gujrat, India.

Subsequently in 2005, after graduating from George Washington University, Manish moved to New York to pursue his career in film and television.

As an actor and director, Dayal’ net worth must be enormous. Manish Dayal has an estimated net worth of $2 million as of 2019. Stay connected with us, we will keep updating the actor’s net worth.