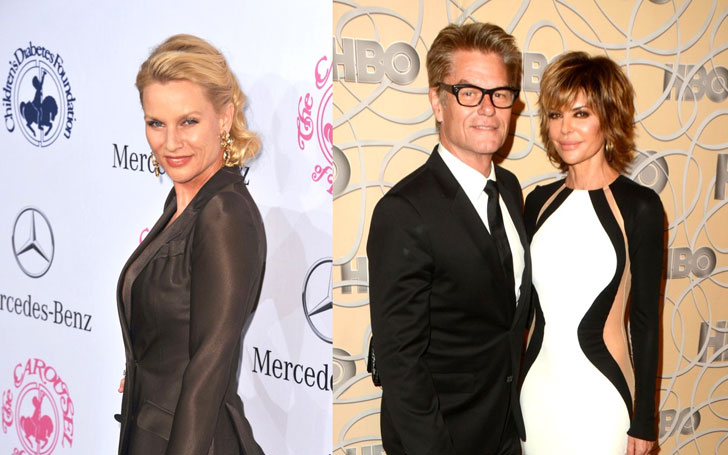 No one’s backing down!

It was all going on smoothly when suddenly, out of nowhere, Mad Men‘s star Harry Hamlin‘s ex-wife, Nicollette Sheridan claimed she never cheated on her ex-hubby. 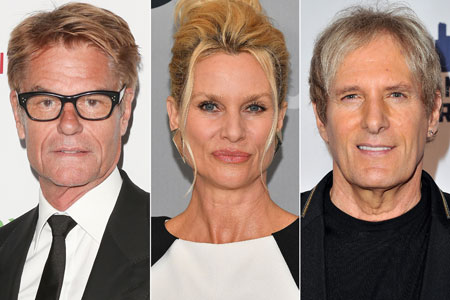 Initially, the controversy kicked off after Harry’s current wife, Lisa Rinna in a video clip claimed that Sheridan cheated on Harry with the singer, Michael Bolton back in 1991. And soon Nicollette herself watched the clip and called it fake news.

“Harry and I ended our marriage nose to nose in Canada … Michael was a long time friend that was invited to our wedding … Happy Harry found happiness with housewife @lisarinna.”

And her ex-husband wasn’t going to back down from following her tweet.

While re-writing the fake news stuff, he tweeted in his official account,

Re Fake News! What’s it called when your wife of one year suddenly goes to bed with a pop singer? …two weeks after your mother dies?? I did a lotta stuff with my wife “nose to nose” but ending our marriage was not one of them!

Showing support to her husband, Lisa wrote on her Twitter,

“Sweetie @IamNicollette You’re the gift that keeps on giving!”

“My bad, I’m sorry @IamNicollette I forgot to Thank you also. Thank you for f—king Michael Bolton and cheating on Harry while Married.” She added, “I thought I’d take the high road and not tweet this … NAH.”

Harry and Sheridan were in a relationship for some time before tying the knot on September 7th, 1991. The couple called it quits next year in 1992 after reports of her hooking up with Michael became known.

Whereas, Harry then went on to marry his third wife Lisa Rinna on March 29, 1997. The duo is a proud parent of two children, Delilah Belle, and Amelia Gray.