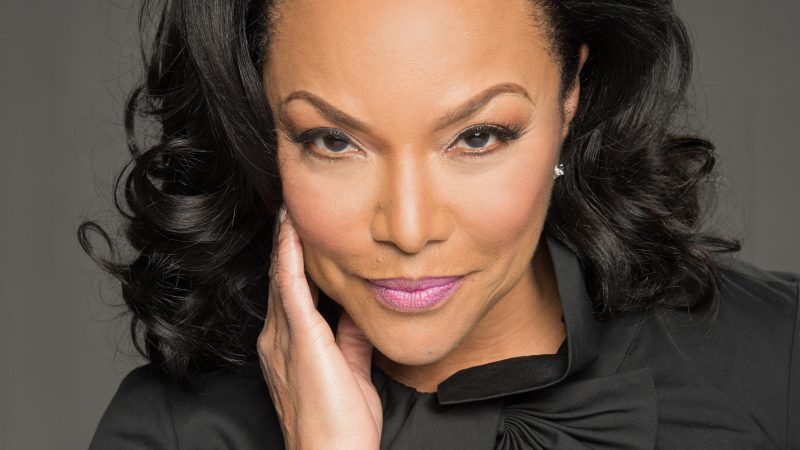 The dominance of white artists is on the verge of leaving award ceremonies. Recently, Regina King’s Emmy Award for best lead actress in a limited series broke the streak of white winners. Following that, the American actress and producer, Lynn Whitfield pointed out the apparent diversity in performative lengths awards shows. She told:

Lynn has received critical acclaims for her portrayal of the villainous role of Lady Mae Greenleaf in the Oprah Winfrey Network drama series, Greenleaf. The Emmy Award winner is popular for her role of Josephine Baker in the HBO biographical drama movie The Josephine Baker Story in 1991. She is currently working on Sanaa Lathan’s upcoming Netflix movie Nappily Ever After.

Every marriage has downfalls. Despite being married twice, Lynn Whitfield couldn’t save any of her relationships and ended with divorce. She got married to a 23 years older man at the age of 21.

Lynn was married to her late husband, Vantile Whitfield. Her ex-husband was a pioneer in the black theater as a playwright, director, and actor.

They separated in 1978, four years after their wedding. She had no any children with her first husband. Unfortunately, Lynn Whitfield first husband, Vantile, died in 2009 because of Alzheimer’s disease.

So blessed to have a love like this! @TheGraceGibson #motherdaughter #ThrowbackThursday

In 1990, Lynn Whitfield married her second husband, Brian Gibson. Like before, she couldn’t save her second marriage for long and ended it with a divorce in 1992.

As of now, Lynn Whitfield hasn’t been in any rumors of dating a new person. In fact, she has not been in any relationship affairs after her second divorce.

The experienced actress, Lynn Whitfield has accumulated millions of net worth from her overall career. As an actress, she has acted in hundreds of movies and TV series. She has also served as a producer in many projects, which has aided her to collect enough net worth.

Lynn has received an Emmy award, five NAACP Image Awards, and Gracie Award throughout her career. But what’s the figure of Lynn Whitfield’s net worth?

Lynn Whitfield Butler-Smith was born in 1953 in Baton Rouge, Louisiana to her parents Jean (née Butler) and Valerian Smith. Her father was a finance officer while her mother was a dentist.

You Might Also Like: Who Is Kassie DePaiva Husband? Know Her Son, Net worth, Wiki, Age, Cancer, And Family

Lynn is a third-generation BFA graduate from Howard University. She celebrates her birthday on May 6 that makes her age 65. She is of Afro-American ethnicity.

Lynn has a height of 5 feet 3 inches.