Who is Lucas Coly Dating? Find out his Relationship, Girlfriend, Net Worth, Sources of Income, and Wiki 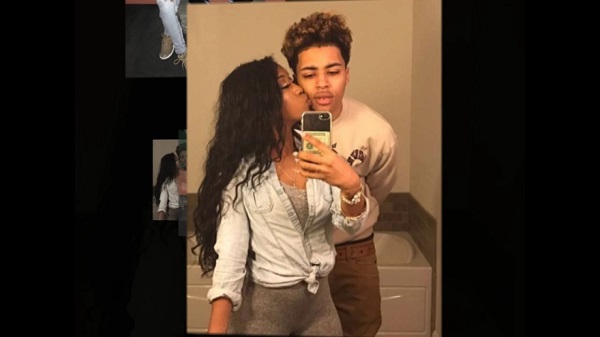 Lucas Coly, previously famous as Kid Lucas is a French-American rapper and social media personality who gained huge attention and fan following on Vine for rapping both French and English. But for now, he is famous on Instagram.

At the moment, Coly is present in several other social media platforms like YouTube, Twitter, and Facebook. Coly’s millions of fans are now waiting to know every possible information about Lucas Coly including his professional career, journey to stardom, personal life, dating life, net worth, and more. Check it out below:

Lucas Coly is not single and is happily dating Instagram star and YouTuber Amber H. The couple first met through Instagram back in November 2015. When Coly was not a star, she followed him but later un-followed him.

After Coly’s Instagram showed up again on her ‘explore tab’ on Instagram, she checked his profile and immediately sent him a DM. Later, Coly replied the message and soon bonded together.

The couple later then met in person, soon began dating and eventually started living together. As Coly is busy traveling around, she accompanies him everywhere even to his vacation with his sale friends.

Amber has always been side by side with her boyfriend which once became a huge controversy. If you ever check Coly’s Instagram, you will definitely see her in almost his every photo. The duo is seen together on each other’s Instagram pictures and in YouTube videos too.

You May Like: Disclose The Apprentice winner’ Sian Gabbidon’ Wiki-Bio, Age, Family, Dating History, Net Worth, Career, and Journey to TA!

In the same way, Coly also shares an excellent relationship with former bandmate Dillyn Troy. They were roommates in Atlanta. Sadly, Coly and Troy grew apart after their band was disbanded.

How much is Lucas Coly’s Net Worth? Sources of Income?

For your information; Coly posted his first ever video on Vine on July 9, 2013, and since then he is active in the field and famous as a rising social media personality. It’s been almost five years that Coly started his professional career and within such a short period of time, he has won millions of hearts.

We all know, Coly is a rising star and his exact detail information are still yet to be in the headlines. Moreover, Coly has not revealed the exact figure of his net worth.

Though Coly did not reveal the exact figure of his net worth, sources claim that as of October 2017 Coly owns around $300 thousand as his net worth and is living a lavish lifestyle.

Sadly, information regarding his house, cars collection, earnings, and salary are yet to be disclosed by him. We hope to hear more about Lucas Coly.

Lucas Coly or say Kid Lucas was born in France on July 8, 1997. He belongs to mixed racial as his father is a West African born in Senegal whereas his mother is a white woman from France.

When Coly was only eight years old, his family moved to Texas, USA and stayed there for around two years. He has a younger brother who is around ten years younger than him.

Coly, who is now 21 years of age, struggled a lot with grades at school. Later, he moved to San Francisco with his parents barely completing his graduation. He has an estimated net worth of about $300,000 at present.