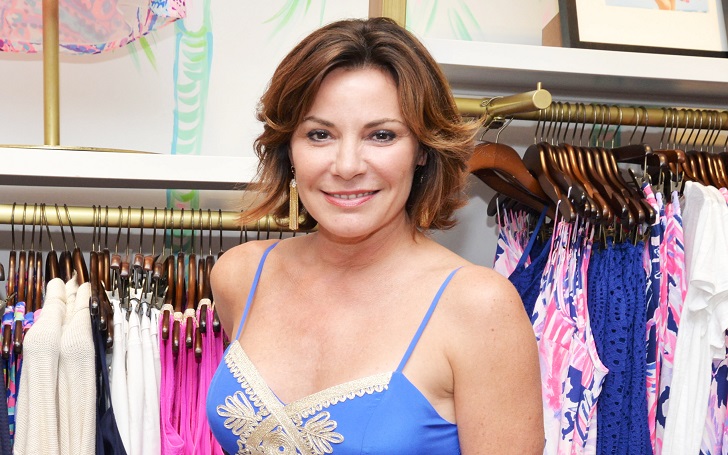 The Real Housewives of New York City star, Luann D’ Agostino and her husband Tom D’ Agostino called it quits after seven months of marriage. The couple had their wedding in 2016, but sadly the relationship hit the rough patch and is on the verge of divorce.

Luann D’ Agostino announced the news of their divorce on Twitter, Thursday, and according to the source, Luann is the one to file the divorce. She captioned:

“It’s with great sadness that Tom & I agreed to divorce,” We care for each other very much, hope you respect our privacy during this sad time!”

It's with great sadness that Tom & I agreed to divorce. We care for each other very much, hope you respect our privacy during this sad time!

Talking about the couple divorce, the source shared,

“She tried hard to make the marriage work, but he wanted to live his bachelor life.’ “She wanted a marriage; he wanted a part-time marriage.”

However, another source says,

“He was always kissing other girls. When you’re a bachelor for 50 years, it’s hard to break old habits. But she loved him and wanted to make it work. He loved her too, but had a hard time staying focused.”

For the past few weeks, she defended her relationship and wanted things to be okay.  The mother of two Luann made sure to her fans that her relationship was on good terms as she stepped out at Jill Zarin’s charity.

One of the insiders shared,

“Luann denied all the rumors because she was trying to make it work. She was desperate to make it work.” “In Sag Harbor on Saturday, he left her and went to meet friends at a bar and one of the girls was his ex-girlfriend.”

After the rumors of their divorce had started to circulate, Luann told people,

“The other women are just drumming up drama, and I wish they could find their own happiness.”

“Married life is so blissful. I’ve had the best few months of my life.”

The reunion show for this season of RHONY has already been filmed, in which more scenes with Luann and Tom can be seen. A source teased, “The marriage is discussed heavily at the reunion.” Fans will have to wait for the next season to watch the Bravo star opening up the split on TV.