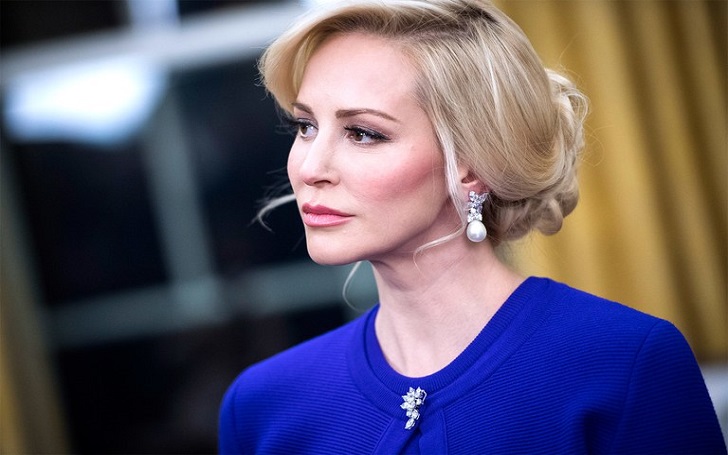 The couples performed their wedding in front of a 300-person crowd which includes US President Donald Trump, his wife Melania Trump, wedding officiator, and vice president Mike Pence.

The wedding was held at the Andrew W. Mellon Auditorium in Washington D.C. which is a 1930s-era building near the National Mall.

It is Linton’s second marriage and Mnuchin’s third. They first met at a wedding in 2013, and the couple got engaged in 2015. Louise Linton married to American Banker, film producer, and former hedge fund manager. Steven Mnuchin is the current 77th Secretary of the Treasury of the United States under the Trump Administration.