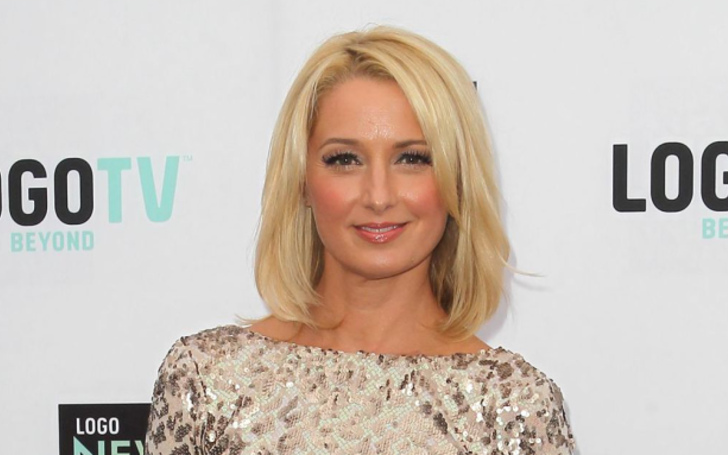 There are many examples of career changes in Hollywood. People changing their profession to get into movies for fame and money is not surprising at all. Katherine LaNasa is one of these actresses.

Katherine LaNasa was a professional ballet dancer who later turned into movies. This actress did succeed in making a name for herself in the biggest movie industry in the planet. Garnering massive fan following and appearing in big-budget movies alongside some of the greatest actors of our time, Katherine’s personal life also hugely popular. Let’s take a sneak peek into the dating and marital life of this beautiful actress.

Married Not Just Once Or Twice But Thrice

Celebrity marriages are always a topic of discussion for the media. Katherine married three A-List celebrities throughout her life which also helped her become an A-List celebrity.

The Third and Grand Wedding

Katherine is currently married to none other than the legendary actor Grant Show. The duo exchanged vows on August 18, 2012, just after a month of their engagement.

Both of them tied the knot in a lovely ceremony in the presence of their family and close friends. The beautiful ceremony took place at The Oak Grove situated at Ribbit Tree & Plant Nursery.

LaNasa looked beautiful with her Naeem Khan gown and Prada shoes, while on the other hand, the man of the hour proudly flaunted his Di Stefano Italian Fashion Group’s custom suit. The ring, however, grabbed the attention of many as it was designed by the famous British designer, Solange Azagury-Partridge.

The duo made sure that everything at the wedding was perfect. People from Bright Blue Events made sure that the flowers for the ceremony were perfect. Cake Divas served the cake and sweets for the guests.

After the wedding, which was really extravagant, the duo went on with their busy career. They welcomed their first bundle of joy Eloise McCue Show on March 25, 2014. Eloise was the first child for Grant and the second one for Katherine.

Both of them are still going strong and have no sign of separation. They said that they were really lucky to find each other which says it all.

Katherine’s second marriage was with popular comedian French Stewart. The duo exchanged vows on May 19, 1998. After meeting for the first time in 1998, the duo dated for a year before Katherine walked down the aisle. Unfortunately, their relationship ended in 2009 after a nasty divorce.

The Imposter hitmaker’s first marriage was with the legendary late actor Dennis Hopper. They exchanged vows on June 17, 1989. Their bundle of joy, Henry Hopper came into this world on September 11, 1990.

Unfortunately, the marriage did not last long and they separated after 3 years of their marriage on April of 1992.

Stay updated with The Celebs Closet for your favorite celebrity news and gossips.