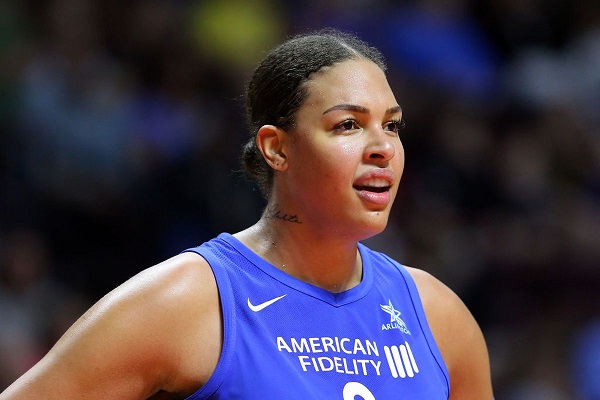 An Australian professional basketball player, Liz Cambage plays for the Australian Opals and the Dallas Wings of the WNBA. In July, she set a new WNBA single-game record by pouring in 53 points to a 104-87 win for the Dallas Wings over the New York Liberty. It was a big achievement for her as she broke the record of 51 points, held by former Tulsa Shock guard Riquna Williams in 2013 against the then San Antonio Stars.

On Tuesday night, the Opals center led Australia to direct entry to the final eight. She scored 25 points to inspire the team to a 90-64 victory over Turkey at the FIBA Women’s World Cup in Tenerife, Spain. She has been continuing her career-best form this season of the Dallas Wings and the Australian Opals.

The relationship between the athletes Liz Cambage and Alex Lee created a buzz in the media. But they do not share any love and has no such love affair. Cambage said that she didn’t have a boyfriend at the time. It seems like she is currently single.

Cambage tends to maintain a discreet lifestyle when it comes to her relationship affair. She has never been spotted enjoying a romantic date with any boy, which indicates she is not likely to involve herself in boyfriend material. Hence, we can only assume that Liz could be secretly dating someone or she is more focusing on her basketball career as a player.

Liz Cambage Net worth and Salary

Cambage signed a two years contract, returning to the WNBA organizations, with Dallas Wings in 2018. She is a two- time Olympian for Australia and the first woman to dunk in the 2012 Olympic game. This season, she is the top scorer in the Australian WNBL. She plays with the Bulleen Boomers in the Women’s National Basketball League.

Cambage is worth around AUD 400,000 which makes her one of the highest paid female basketball players in the world. But what’s the figure of Liz Cambage net worth?

As of 2018, Liz Cambage net worth is estimated to be $1 million. Some wiki sites have claimed that her salary is around $400k.

Elizabeth Liz Cambage was born on 18th August 1991 in London, England. Her current age is 27. Her birth sign is Leo.

Liz was born to a Nigerian father and Anglo Australian mother, Julia Cambage. Her parents parted their ways when she was only three months old. She lived with her mom in Australia. Her mother suggested her to play basketball as a means of making friends, which eventually pushed her to be passionate for the career.

Cambage completed her schooling from Padua College. She moved to Melbourne when she was ten years old followed by the Mornington Peninsula after residing in New South Wales.

Cambage stands tall with the height of 6 feet 8 inches and weighs about 98 kg approximately. Everyone used to tease her because of her tall height in school.