Lindsey Vonn Engaged to P.K Subban; Know Her Married Life and Net Worth! 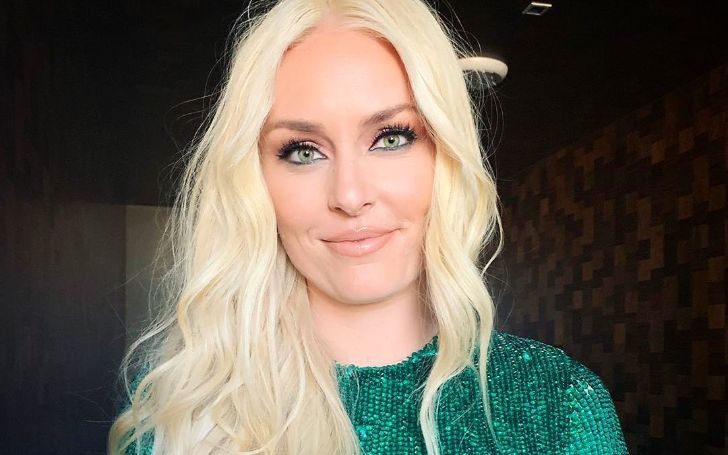 If you are into ski racing, then you must know the sensational Lindsey Vonn. The gorgeous diva is an inspirational figure who is a four-time World champion, one of the two women to hold that record.

The 34-year-old sports star recently retired on 2019 with a historic legacy carved to her name. Following such an accomplished career, she now looks forward to creating a family. So, we take you closer to the life of Lindsey Vonn and her love life.

If the American diver, Lindsey Vonn, didn’t have enough reasons to celebrate Christmas, she just made one on Christmas 2019 as she got engaged. Furthermore, it was the second anniversary of their relationship when she chose to take things to the next level. The former Tiger Woods’s girlfriend asked her longtime boyfriend P.K Subban to marry her.

Bold since birth, the diva surprised her beau, breaking the usual engagement tradition, where the male goes down on one knee. She gave a beautiful emerald ring to her lover to bind him to a marital tie forever and the fellow sportsman, excitedly said, Yes.

Vonn, unsurprisingly, took no time to announce the big news in her Twitter handle with a picture together with her partner. She communicated her non-traditional and equality thoughts, saying that women aren’t the only ones who should get engagement rings.

Well, Vonn’s partner, P.K Subban, is quite popular in his state of affairs as he is a defenseman of the NHL’s New Jersey Devils. Interestingly, the Canadian was a member of the First All-Star Team in the hockey league a couple of times. Earlier, the Ice-hockey star broke the headlines, signing a $72 million contract with Montreal Canadiens courtesy to his extra-ordinary talents and statistics.

How Much is Lindsey Vonn’s Net Worth?

The 2010 Laureus Sportswoman of the Year award winner, Lindsey Vonn, is a multi-millionaire. Considering her decorated and record-breaking career, she accumulates a whopping net worth of $3 million as of 2019.

The World Champion’s lover, P.K Subban, meanwhile owns a staggering wealth of $35 million, more than eleven times than her counterpart. Impressively, he earns a huge annual salary of $9 million.

The gold medalist was already married in 2007, but it ended in a divorce. Previously, she exchanged her vows with fellow Ski Team athlete Thomas Vonn on September 29, 2007, at Silver Lake Lodge, Utah.

Similar to now, Vonn was in love with a successful Olympian racer. Moreover, the sports power couple celebrated many career highs together like Olympic medals and world championships.

The Kildow duo met each other for the first time in 2002 at the national team ski camp. Later, they also represented America in the same year at Salt Lake Olympics.

You may also like: Janira Kremets is Engaged! Know about her personal and professional life.

Lindsey’s then-husband, Thomas surprisingly sacrificed his own racing career for the sake of the rising journey of his wife. Meanwhile, Vonn’s beloved father Alan Kildow didn’t ship his daughter’s affiliation with the former racer. Consequently, after their marriage, Vonn’s ties with her father seemed to weaken.

The Vonn Couple Divorced After 4 Years

As time passed by, several cracks started forming into their love affair. Since things couldn’t work out well like before, it resulted in them to part ways in January 2013.

Sometimes in life, things have to fall apart to make way for better things. Even though from outside, the Vonn pair seemed perfect for each other, it seems like destiny already had other plans.

It is with great sadness that I announce that Thomas and I have begun divorce proceedings. This is an extremely difficult time in my personal life, and I hope the media and my fans can respect my need for privacy on this matter.”

Lindsey Vonn after her divorce to Thomas

Vonn’s Past Relationship and Affairs with Sportsmen

Vonn, after her divorce, made another news material since she dated renowned golfer, Tiger Woods. Having first met at a charity event in 2012, the duo hit it off. They began seeing eachother constantly since then and began a formal relationship from March 2013.

The gold-medalist found the golf champion to help and support her at one of the lowest points of her life. In particular, she suffered from a horrific knee injury that slowed her down in her sports journey.

Although the love affair between the sports duo ended in 2015, both of them split up mutually and in positive terms. They said that they hold immense respect and admiration for each other and will forever cherish the memories they made together.

Vonn, similarly also had a year-ling fling with Kenan Smith, a NFL assistant coach. But, that didn’t last long too. Thus, that was it for a series of failed relationships as she met Subban after that.

The 35-year-old Lindsey Vonn is a record-breaking athlete who made her debut in ski racing at the age of 16 and never looked back. She is a four-time World Cup champion and an Olympic gold medalist, a historic feat for a woman in America. Furthermore, she also is a 20 time World Cup crystal globe winner.

YouTube: Lindsay Vonn asks her fiancee on how much he knows her.

The 35-year-old did no mercy to all-time records held for ages in the ski-racing sport. She is only second to Annemarie Proll on most wins – 82. Furthermore, she is one of the all-time greatest woman ski-racer with three international and 82 world cup race golds.

Having been through the very peak of sports, Vonn slowly experienced some severe injuries that slowed her down. Throughout the recovery, she also worked for NBC News in 2014 Winter Olympics as a correspondent. Thus, after multiple fractures, she hanged her boots on February 12, 2019.