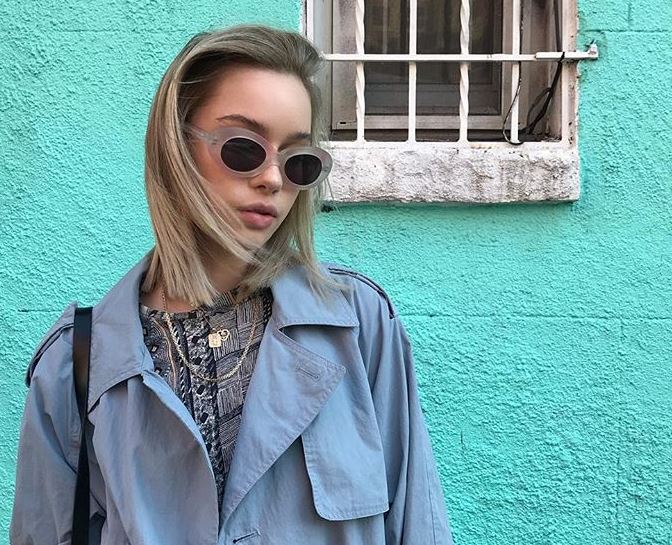 Anyone related to The Kardashian makes headlines.

Remember the time when Kourtney Kardashian’s ex-boyfriend, Scott Disick created a buzz after being spotted with an 18 years old model in 2015. Well, she was the Canadian model Lindsay Vrckovnik. Where is Lindsay Vrckovnik now?

The rumors of being in a romantic relationship with Scott Disick boosted the Lindsay Vrckovnik career. She has signed with a Canadian model agency, Spot 6 Management, which works for designers like Dior, Chanel, Balenciaga, and many others. Apart from modeling, she is also an avid painter, photographer, and ballet dancer. But who is Lindsay Vrckovnik dating at present?

Even though Lindsay came into the limelight for being the girlfriend of an entrepreneur, Kourtney Kardashian’s ex-boyfriend, Scott Disick, she is no longer with him. Avoiding all the rumors of her with Scott, once she admitted of having her boyfriend in Canada. As Lindsay said, she is currently dating her boyfriend named Tyler.

Lindsay Vrckovnik boyfriend, Tyler, is also a model who goes by the name Tyler Blue Golden on Instagram. Even though they have kept their relationship history mysterious, neither Lindsay nor her boyfriend hesitates to posts their cozy pictures on Instagram.

The rumors of Lindsay and Scott dating flew in 2015 after the paparazzi spotted them together in several nightclubs around New York. They were seen at the Trump Soho Hotel, the Setai Hotel, the Soho House, and the nightclub 1OAK. Media photographed them together in New York as well as Miami. She was only 18 at that time and much younger than her alleged lover, Scott. A source told PEOPLE:

“They were hanging out in V.I.P., and he seemed pretty into her. They were sitting pretty close – he had his arm around her, and they were cuddling. He was getting drinks for her. They were together most of the night.”

Scott Disick and Lindsay Vrckovnik Went Clubbing Together — And It's Not the First Time You've Seen This Pairing https://t.co/MuP1R05MlP pic.twitter.com/s9GhpWs7WB

As of now, Lindsay seems happy with her new beau, Tyler. She hasn’t married anyone yet.

Lindsay Vrckovnik was born in 1997 in Mississauga, Ontario, Canada. If you are wondering about her parents and family, she hasn’t leaked a clue about that. When Lindsay was three years old, she began training as a ballet dancer. Following her passion, she went to Mississauga Ballet Association in Canada.

Lindsay spent her childhood in Toronto, Ontario, but later moved to New York City to follow her dreams of being a professional model. She will receive a BFA in fashion/apparel design from Parsons school of design in 2021. In 2015,  in an interview with the website, Daughter Runs, she told:

“Most of my inspiration comes from my environment, and the people I’m surrounded by. Nothing inspires me more than being in a creative environment, or seeing someone engaging in something they’re passionate about (thus why NYC is the dream ahhh).’’

Lindsay celebrates her birthday on January 14 that makes her age 21 at present.

Lindsay has a slim figure with decent height and weight. She is also active on Instagram where she has more than 72k followers.