Linda Cardellini Is Engaged To Her Boyfriend And Already gave Birth To Their Child: But When Is The Wedding? 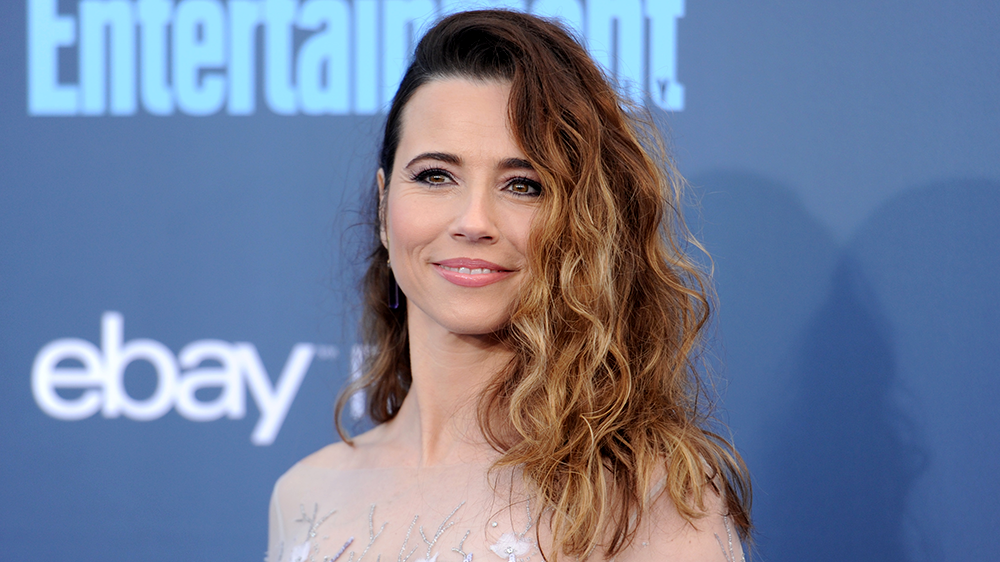 Linda Cardellini will be appearing as the co-lead opposite Christina Applegate in Dead To Me. It is written by the writer Liz Feldman, Will Ferrell and Adam McKay‘s Gloria Sanchez Prods, and CBS TV Studios. Linda has also joined the series as a producer.

Written by Feldman, Dead to Me has a 10-episode straight-to-series order and has been described as a comedic Big Little Lies. It is all about a powerful friendship that flourishes between Jen (Applegate), a tightly wound widow, and Judy (Cardellini), a free spirit with a shocking secret.

Linda’s Judy is an outgoing free character who oozes both warmth and emotion as she struggles to deal with a personal tragedy. Her character desperately needs someone to connect with and finds common ground and support system in Jen (Applegate).

Talking about Lida Cardellini personal life, she is in a relationship with her longtime boyfriend named Steven Rodriguez. They met for the first time decades before.

The couple got engaged in the year 2013. Linda announced about the proposal on the show The View by showing her diamond engagement ring. She explained,

”I was surprised that it was happening at that moment. We were actually with some of the people I love most: my sister, and my cousins and one of my best friends Maura[Tierney]…and we were sitting, and he started getting choked up and then got on his knee. It was very beautiful.”

The couple announced that Linda was pregnant and expecting their first child in the year 2011. Then in the year 2012, she gave birth to a cute daughter named, Lilah Rose. As of now, the duo is all set to get married and is ready to be husband and wife.

Before getting engaged to her boyfriend Steven, Linda dated an American actor, Jason Segel. They dated for almost five years, but their relationship did not last long and broke up for an undisclosed reason.

Her breakthrough role came in the year 1996 in young adult horror television series, Bone Chillers as Sarah. She then started doing small performances in various programs like Step By Step, 3rd Rock from the Sun, Clueless and Boy Meets World.

Linda made seven years of gap in the field of media after her massive success in the Freaks and Geeks. She portrayed the character of schooler, Lindsay Weir where she shared the screen with John Francis Daley.

Some of Linda’s other famous TV works include Regular Show and Mad Men. Her latest series include Netflix’s original thriller drama series Bloodline.

Linda made her movie debut in 1997 as Heather in Good Burger. She then appeared in Dead Man on Campus, Strangeland, The Prince and the Surfer, and Legally Blonde.

Her breakthrough in films came in 2002 in computer-animated family comedy adventure movie, Scooby-Doo. In the film, she voiced the brain of the group, Velma Dinkley.

As of 2019, Linda Cardellini net worth is estimated to be of $3 million.

Linda has been appearing in a tun of movies and tv series in recent days. Her recent appearances are in The Curse of La Llorona, Avengers: Endgame, Dead to Me, and Fonzo. Since, she is constantly appearing in movies, it’s certain that her net worth will rise in the years to come.

The American television, as well as a film actress Linda Cardellini, was born in the year 1975 in Redwood City, California, United States. She celebrates her birthday on 25th June, which makes her age 43. She belongs to mixed ethnicity.

Her birth name is Linda Edna Cardellini, and she was born to her parents, Lorraine Hernan and Wayne David Cardellini. Her mother, Lorraine was a house maker whereas her father, David was a businessman. She grew up in a Catholic family. She has three siblings.

Linda had a passion for joining in an artistic field from a very young age. She even took part in many ECC during her school days. Her first public appearance was at the age of ten where she sang a song. Later, she started taking lessons over drama and participated in various school acts as well.

Linda attended Loyola Marymount University and got graduated with a degree in theatre arts. Her height measures 5ft 3ins.

Bloodline Dead To Me Netflix