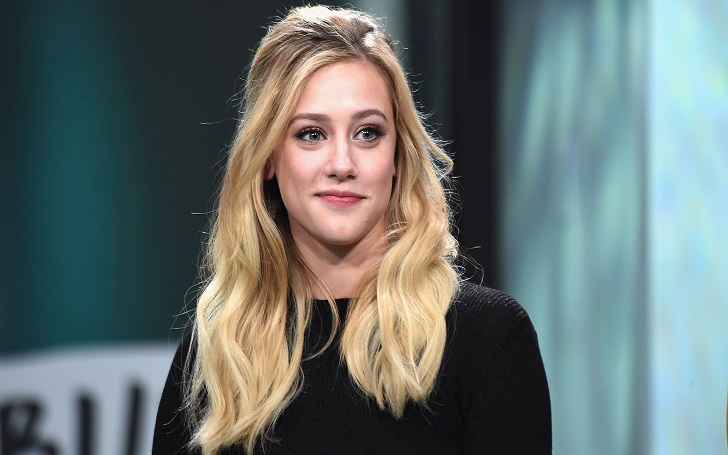 If you’re one among the thousands of fan of the American Drama ‘Riverdale,’ you simply can not deny your admiration for arguably the best on-screen couple Betty (Lili) and Jughead (Cole). Deep down your heart, you wish this adorable couple were dating in real life.

The rumors of the relationship of the on-screen couple have fueled intensely in the recent days. But are they dating behind the screen? Or does Lili Reinhart have someone else in her life? We’ll know about it!

Also get the details of Lili Reinhart net worth, wiki/bio with her parent’s details and her tattoo meaning.

Lili and Cole reportedly spent the weekend together in California

It happens more than often for on-screen couples to swirl around in speculations of their possible real-life relationship. But when the couples are adorable as ‘Betty’ and ‘Jughead,’ the rumors not only does swirl around, they fuel in like a rocket! 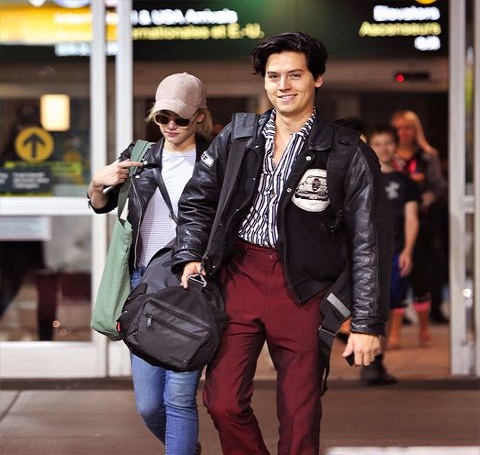 Reports about Lili and Cole’s relationship rumor have been staying with us forever. But the rumors have recently heated on after the couple reportedly spent their weekend together in San Francisco.

They were spotted together at Vancouver Airport on Monday after the reports claimed that the couple had spent their weekend together in Cali.

Before their speculated trip to San Francisco, Cole broke his silence on the rumors in an Entertainment Weekly interview.

“Since the show began, people have wanted Lili and I to be together,”

He admitted people have wanted Lili and Cami to be together. They have wanted KJ and him to be together. In fact, they have wanted every actor on this show to be in a union that they could make real and talk about. “So I think that kind of discussion, especially because it’s based so much on rumor and hearsay, needs to be taken with a grain of salt.”

“We’re all still human lives that are interacting with the source material. But, truthfully, it’s very pleasing that people talk about Lili and I in that way because it means that we’re resonating so strongly from our character perspective that people really want that to be true.”

“I think as professional actors we can pat ourselves on the back for that and go, ‘This was a success.’ It was such a success that people want to see it in real life.”

But his confession barely makes any difference. There has not been any official ruling out in the statement nor does it have any hit of the rumors to be true. The fans have continued with their much-desired speculations and have shown no sign of ruling the guesstimation out.

Lili was once rumored to be dating another Riverdale co-star KJ Apa. But the speculations soon came to an end after the 21-year-old, Lili, ruled out the possibilities through a Tumblr post.

Lili Reinhart’s Wiki-Like Bio and Her Net Worth 2018

Cleveland born actress, Lili Reinhart, was born on 13 September 1996. Since the age of 10, Reinhart has been immensely profound of art. Lili grew up acting in community theatres since an early age of only 12.

She has a 14-year-old younger sister named Tess. Even though her fame has skyrocketed out of this world, Reinhart has a close relationship with her family.

Lili Reinhart is also fond of tattoos. In fact, she has four tattoos and seems quite fond of it.

Lili began her career on-screen playing short movies in 2010. She was then featured as a guest star in a TV Series ‘Law & Order: Special Victims Unit’ and ‘Scientastic!’ Lili finally made it big after starring in the movie ‘Not Waving But Drowning.’

She has starred in 10 movies including three short movies and starred in 3 TV Series with two guest appearances. Her biggest success in career has to be American Drama ‘Riverdale.’ Reinhart even tweeted claiming that she had almost given up on her acting career, but Riverdale came to rescue at the very last moment.

There, there…. only a few more hours. #riverdale pic.twitter.com/Qu7lG4igyb

She is currently busy on-set filming her upcoming thriller ‘Galveston’. The movie will release in 2018.

Riverdale has taken her career to the next level, and with such a prolific career, Lili’s current net worth is $2 million. With age on her side, we can only imagine how her career will mature with age.

Moreover, Lili makes the salary of $300k per episode from the TV series, Riverdale. Besides, she has a Golden Retriever and a Yorkshire terrier mixed bison costs $500-$3k and $300-$10k respectively.

She has currently 12.1 million fan followers on Instagram. Lili does not appear too shy to pose for a bikini shot nor is she shy enough to share them on social media.