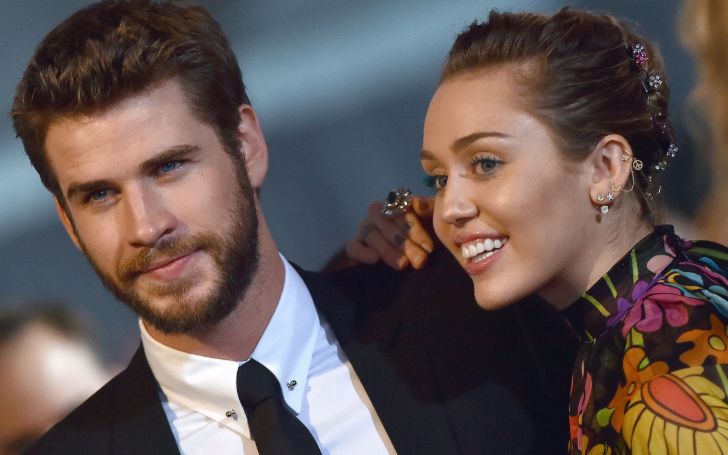 On February 10, Sunday, evening, at the glorious 61st rendition of the Grammy Awards, many celebrities attended the event with their partners but, unfortunately, Miley Cyrus, who recently married boyfriend Liam Hemsworth, was all alone.

Liam Hemsworth Wasn’t At The Grammys With Wife Miley Cyrus

Even though the married duo, Liam Hemsworth and Miley Cyrus, has made a handful of appearances in red carpet events, recently in the Grammys, they failed to do so. Liam didn’t attend the award show.

While Miley was performing with Dolly Parton at the Grammy Awards Function, it was sad to see her all alone.

Cyrus brought her famed parents, Billy Ray Cyrus and Tish Cyrus, as her partners to the Grammys this weekend. However, she was missing her love from the award show.

Why was Liam not with Miley for the show? Was there any disagreement among the recently married couple?

Well, not much of a problem in their romantic relationship! Liam, who worked on Isn’t It Romantic recently, had to be hospitalized on Saturday night.

His co-star from Isn’t It Romantic, Rebel Wilson told the media,

Yes, he texted us this morning — he was in the hospital overnight, so hopefully, he will be fine.

Though she talked about his absence from the show, she didn’t reveal any further details about Hemsworth’s hospitalization.

While dwelling on the pair’s marital life, Miley Cyrus now, Miley Ray Hemsworth and Liam Hemsworth, walked down the aisle on December 23, 2018, at Franklin, Tennesse, US.

The marriage had all the big names of Miley’s and Liam’s family including the likes of their parents and their siblings, Brandi Cyrus, Noah Cyrus, Trace Cyrus, Chris Hemsworth, and Luke Hemsworth.

After the pair announced their marriage on December 26, 2019, they have, together, appeared in a number of events and award shows.

Even though the pair married, they have still the heat on their married life. Recently, the pair made headlines for Liam’s flirty comment on Miley’s MusiCares Awards.

We hope Liam quickly recovers and appears on Isn’t It Romantic‘s premiere on February 13, 2019.

It’s Over: Miley Cyrus and Liam Hemsworth Divorced After Less Than a Year of Marriage. The duo separated on August 10, 2019, Saturday.

Miley’s rep told that the duo separated and that it’s the best for the both of them, at least for now! Following the news of their divorce, Miley is seen with Brody Jenner’s former partner Kaitlyn Carter in Italy. They were spotted kissing.