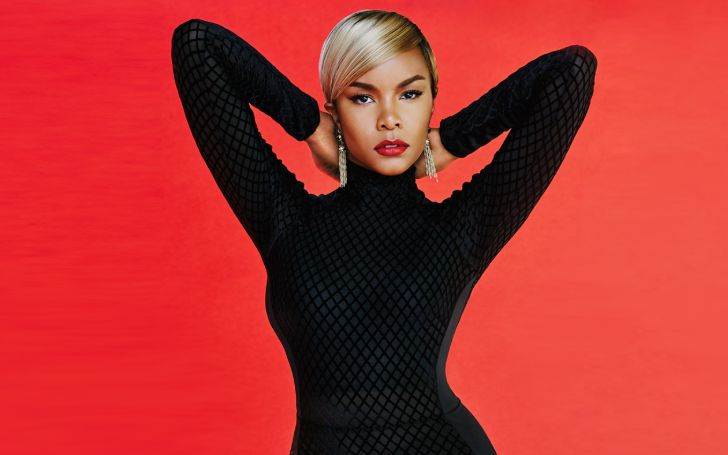 Beginning her music career from the girl group Destiny’s Child, LeToya Luckett tasted success in her early career alongside her band members Beyonce, Kelly Rowland, and LaTavia Roberson. However, the singer didn’t achieve success through the easy way as she struggled hard to establish herself following the departure from the group Destiny’s Child.

Like her professional journey, her love life is also like a roller-coaster ride as she had been in a few failed relationships. So, who is she married to at the moment? Does she have a child? Let’s get to know more about her in detail.

Who is LeToya Luckett?

LeToya Luckett is an American singer-songwriter and actress famous as the member of the R&B girl group Destiny’s Child, with which she won two Grammy Awards and released many successful commercial recordings.

The Grammy Awards winner has sold over 25 million records with Destiney’s Child as a featured vocalist on the group’s first two albums and singles. She has also starred in the movies Preacher’s Kid and a recurring role on the second season of the HBO TV series Treme.

The lady grew up singing in her local Brentwood Baptist Church. She also took vocal lessons to become an opera singer. Her father, who was also a singer, was very proud of his daughter’s vocal talents and tried to get her in the music business. Luckett is the oldest of the two children.

LeToya Luckett’s Personal Life: Who Is Her Husband? Know Her Past Affairs

LeToya Luckett has had highs and lows regarding her love relationship, however, she is leading a blissful married life. Luckett is happily married to her entrepreneur husband Tommicus Walker. The couple walked down the aisle on 10 December 2017 at Villa Antonia in Austin, Texas.

One year down , forever to go!! HAPPY ANNIVERSARY BABY! ❤️

Their wedding ceremony was a lavish one and Luckett looked gorgeous on her wedding day and Walker looked no less. Following their big wedding and the wonderful beginning, the pair is inseparable.

On January 4th, 2019, LeToya and husband Tommicus Walker welcomed a daughter, Gianna Iman Walker. She had announced pregnancy last summer. As of now, the family is living a blissful life together.

Talking about her past affairs, LeToya had engaged to motivational speaker Rob Hill Sr. after a year of dating and later wed in January 2016. However, their marriage was short-lived as later alleged by TMZ that the pair had called it quits, after only two months of marriage. However, the exact reason for their separation is still hidden under the rocks.

LeToya Luckett’s Net Worth: How Much Does She Earn from Her Career?

LeToya Luckett’s current net worth stands at approximately $5 million. As expected, most of her income comes out of her music career. Those include albums sales, record deals, shows, performances as well as brand endorsement deals.

I had the BEST time at the #lexuswomenenblanc nblanc brunch!! It was So awesome to be amongst so many powerful women who are making ground breaking moves. Check out some of my favorite pics from the event! Congrats to all of the honorees. I salute you! ❤️ ps: I think my fam would loooove this new Lexus! The body style is sleek & cool & more importantly it’s safe. I trust the Lexus brand. #Lexus #Lexuswomenenblanc @lexususa #essencefestival2018

Another venture that picked up after the artist’s fame and relevance was her acting career. Some of the gigs she scored include films like The Preacher’s Kid and Killers. She also starred in TV shows like Treme and Single Ladies.

Apart from her career in the showbiz industry, Letoya earns a decent amount of money from her endorsement deals, as in 2010, Luckett became the new face of Luster’s Hair Care replacing Karyn White. She appeared on the production line’s boxes, billboards, and commercials.

The famous multitalented personality has a lot of growing fans. She is active on her social media Instagram with more than 2 million fan followers. She keeps updated to her fans about her lifestyle. With 2 million fan followers, she receives $4,001.25 – $6,668.75  for her every ads post which further helps her add to her fortune.

LeToya Luckett rocks her body with a Curvy figure whose measurements are 25 inches waist, 33 inches hip, and 36 inches bust. Similarly, the singer’s bra size is 36B.

The former Destiny’s Child vocalist stands with 5 feet 7 inches of height and weighs about 123lbs, whose perfect body can make any guy fall in love.

Where and when was LeToya Luckett born?

What nationality does LeToya Luckett belong to?

What is LeToya Luckett’s ethnicity?

What is LeToya Luckett’s eye color?

Which color hair does LeToya Luckett have?

How tall is LeToya Luckett?

How old is LeToya Luckett?