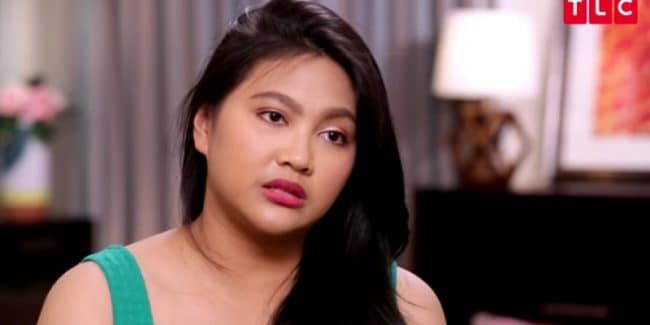 If you are aware of the reality show 90 Day Fiance, then you must be familiar with the contestants Leida Margarethe and Eric Rosenbrook. Things have not gone smoothly for them as it turns out that Eric might not be her happily ever after.

Leida recently posted an Instagram Story and answered the questions about her first marriage. When asked if her then-husband, Daniel was the love of her life, she said he was. Again, when she was asked if they still talk, she said we talk every day.

Leida said that the only reason they got separated was that of their parents because they were always fighting. Her words were:

“Our families hate each other after we get married Constant fighting.”

Leida was asked by one of the 90 Day Fiance fans whether or not she regrets divorcing her first husband. She told that they two are still friends and gets along with each other.

Leida is in a relationship with her fiance, Eric Rosenbrook. Her fiance, Eric is from Baraboo, Wisconsin and has been a U.S. marine for many past years and is working as an avionics technician.

The duo met through an international dating site. Eric has three daughters, and Leida has a son from their previous marriages. Eric’s daughters didn’t like Leida marrying their father despite the huge gap. But nothing matters, seeing their social media accounts, we can say that the couple has been married and is enjoying their married life.

Leida Margarethe was born in the year 1989 in Jakarta, Indonesia. She celebrates her birthday on 12th May, which makes her age 29.

“The best of all gifts around any Christmas tree : the presence of a happy family all wrapped up in each other.” — Burton Hills ❤️ . . . . #wisconsin #entertainment #unitedstates #beautiful #90dayfiance #television #dress #beauty #style #fashion #woman #ladieswear #amazing #awesome #instagram #instagood #instapic #instaphoto #loveit

Leida comes from a family with money, back home in Indonesia. Not much is clear about her family.

Leida came to limelight after appearing on the sixth season of 90-day fiance with her fiance, Eric Rosenbrook. Along with that, she is also active on Instagram and regularly posts her pictures. She has a YouTube channel, which she runs together with her husband, Eric.

Leida is also a medical graduate and a vlogger, a gamer, a cosplayer, and an actor.