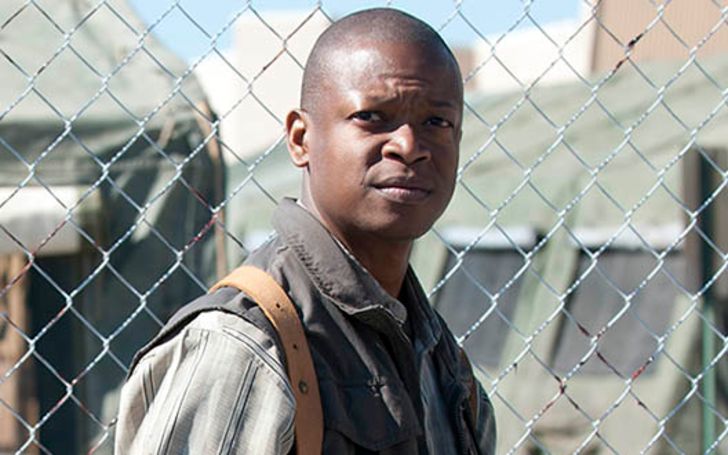 Lawrence Gilliard Jr. is an American actor who is equally blessed in all three formats of the acting sector which are films, television series, and theatre. The hunky actor is famous for his role as Bob Stookey in the television series, The Walking Dead.

The American actor is also popular for his roles in the television series and movies like The Deuce, Gangs of New York, and The Waterboy. Want to know more about the actor? If yes, enjoy the whole article!!!!

Lawrence Gilliard Jr. is a Millionaire!

Lawrence Gilliard Jr. possesses a net worth of $2 million. He gathered that wealth from his career as a television and film actor.

Lawrence started his career as a film actor. He debuted in the 1991 film Straight Out of Brooklyn as Dennis Brown. Since then, he worked in numerous blockbuster movies like The Pickle, Money Train, Would You Rather, and Walk of Shame. Among all of his films, Gangs of New York, and The Waterboy were the biggest hits, which collected a total of $193.8 million and $190 million at the box office against the budget of $100 million and $23 million, respectively.

On top of that, Gilliard is more famous for his television career. His first television work was in the 1992 television movie In the Line of Duty: Street War. Thanks to his performance in the series, he then acted in many hit television series like George, New York Undercover, The Wire, CSI: NY, Numb3rs, The Beast, and many more.

Series Regular in The Deuce

Lawrence played significant roles in many television series; meanwhile, his work in The Deuce is considered as one of the best performances. The actor joined the cast of the series in October of 2015 to portray the role of Chris Alston.

Gilliard portrayed the role of Chris in all 25 episodes of the series in its three-season cycle. Further, he co-starred alongside actors like Gbenga Akinnagbe, Chris Coy, and Dominique Fishback.

Lawrence Gilliard Jr. is happily married to the American actress, Michelle Paress. The duo shared the wedding vows in a private ceremony among their close friends and family.

The couple is happily married as of now and shares unconditional love for one another. Further, they often appear together in many places, including the premiere of films and sometimes, even on shoots.

The pair is secretive about their personal life; however, it seems like they are having a good time together as there is no sign of any conflict between them.

Lawrence is a proud father of his daughter, whom he welcomed along with his wife, Michelle. As of now, the actor has kept the identity of his daughter hidden. However, in an interview, he shared that his daughter studies at the Baltimore School for Arts.

Although many people do not know about Lawrence’s past relationships, it is well known that the actor was previously engaged to the actress, Monilewa Okan. But, they just couldn’t take it any further.