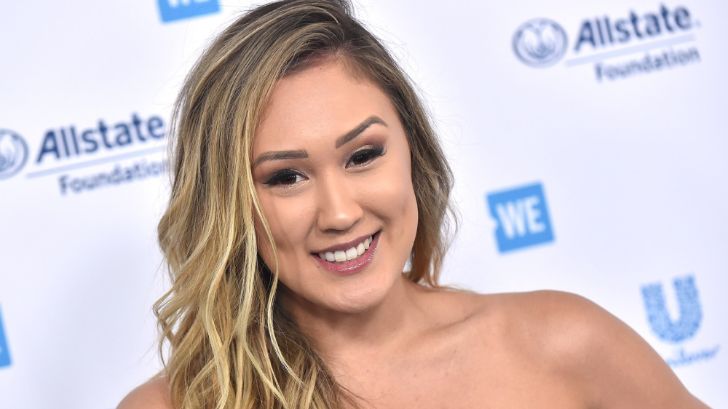 Lauren Riihimaki was born in Canada but works from Los Angeles, California. As a YouTuber, she renowned worldwide for her videos on fashion, beauty, decoration, relationship, and so on.

Besides, Riihimaki often comes to limelight for her own relationship issues as well. So, is she dating a boyfriend or living in a marital relationship with husband? Let’s get the details.

Who is Lauren Riihimaki?

Born on 11 August 1993 in St. Catharines, Ontario, Lauren Riihimaki is a Canadian YouTuber. She has been actively working as a YouTuber since 2011 and has earned a massive fan following along with a significant amount of riches.

In Canada, Riihimaki’s YouTube channel is known as one of the best fashion and beauty channels. Moreover, she also posts videos about relationships, home decoration, festival celebration, etc. As a result, she also won a couple of awards (Shorty and Steamy) for promoting fashion on YouTube.

Who is the Boyfriend of Lauren Riihimaki? Know Her Past Affair

Lauren Riihimaki is currently dating her new boyfriend, Jeremy Michael Lewis. We called Lewis Riihimaki’s new boyfriend because it has been a short while since they started dating.

Find Out: Are Jake Paul and Tana Mongeau Engaged?

In her YouTube video posted on 7 March 2019, Lauren revealed that she is seeing a new partner but wouldn’t disclose his name. She only mentioned: “I wanted to confirm that, yes, I am dating someone.”Only after some of her fans recognized the man, her lover’s name became public knowledge.

Since then, both Jeremy and his girlfriend, Lauren have been constantly posting their photos together on social media. It looks like they are enjoying life to the fullest because they don’t know what tomorrow has in store for them. If you wanna know about Lewis, he is a lesser known singer.

In the same video, Riihimaki also unfolded: “It’s been six months, half a year, since the breakup and all the crazy drama that ensued.” That’s right, she had been dating another boyfriend until six months before that. So, who is Lauren’s former boyfriend?

Before coming across Jeremy, Lauren Riihimaki was dating fellow YouTuber, Alex Burris, popularly known as Alex Wassabi. They started dating in 2015 but called it quits in September 2018 thereby ending their relationship of more than three years. Nevertheless, they are still good friends as it was their unanimous decision to tear apart.

How Much is Lauren Riihimaki’s Net Worth?

As of 2019, Lauren Riihimaki has a net worth of $1.5 million which she collected primarily from her YouTube career.

Riihimaki opened her YouTube channel, LaurDIY on 1 December 2011 and till now, it has gained over 9 million subscribers. Likewise, the number of views on her channel till date is over 1.1 billion.

According to the report of SocialBlade, Lauren’s B-grade channel, LaurDIY makes a monthly earning of $3.6 thousand to $57.1 thousand per month. Moreover, her yearly income from YouTube is from $42.8 thousand to $684.9 thousand.

Canadian YouTuber Lauren Riihimaki has 5 feet 5 inches tall height, and she has a perfect weight of 55 Kg. The dashing 25-years old lady has blonde hair and dark brown eyes.

Where was Lauren Riihimaki born?

Which nationality does Lauren Riihimaki belong to?

What is the ethnicity of Lauren Riihimaki?

How tall is Lauren Riihimaki?

What color are the eyes of Lauren Riihimaki?

What is the hair color of Lauren Riihimaki?