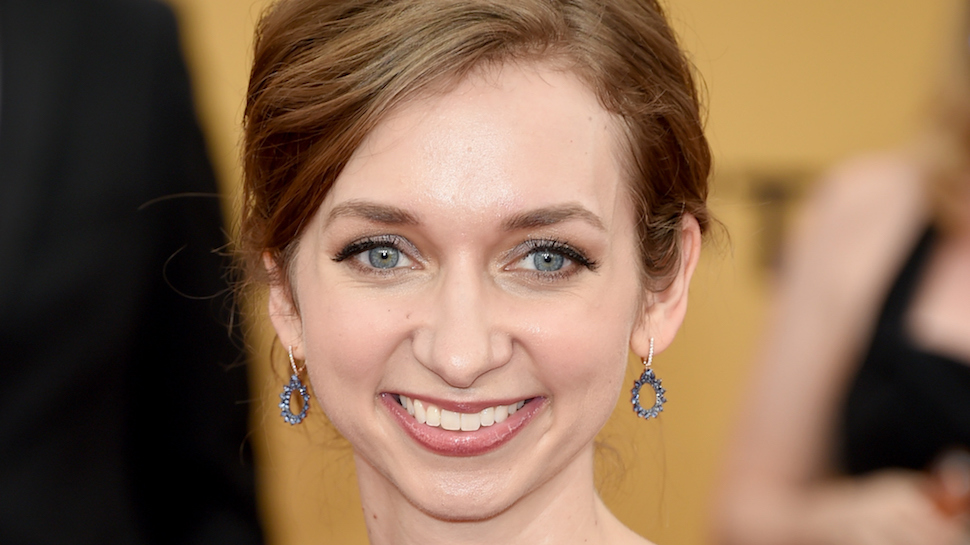 Acting career needs lots of effort, talent and hard working for a successful journey. A bucket of sacrifices results in gaining fame in the film industry. Among all of the successful movie star, Lauren Lapkus is one of them. She has been active in acting career since 2005.

Lauren Lapkus was married to Chris Alvarado on may 8, 2014.

Chris also is an actor.  After nearly two years of togetherness, they got divorced on valentine day of 2016. Without celebrating two years marriage ceremony, Lauren Lapkus broke out the news via Instagram as they were splitting.

‘Happy Valentine’s Day. Today feels like the right time to post that Chris and I have decided to part ways. This has been a tough time, but we are still friends and wish the best for each other.’

After splitting with her husband, she has been focused on her career rather than involving again in love life. Lauren Lapkus has not seen dating someone since her divorce. Not any rumors have swirled around related to Lauren Lapkus dating affairs.

At the Current Moment, Lauren is single and happily enjoying her life without having any controversies or rumored about any the relationship or dating or having a boyfriend.

Lauren Lapkus career as an Actress and Comedian

Lauren Lapkus graduated from DePaul University and then moved to New York City for a year before moving to Los Angeles, California to pursue her acting career. Lapkus portrayed Dee Dee in the television series “Are You There, Chelsea?” in 2012.  From 2013 to 2014 she cast as Susan Fischer in the series “Orange Is the New Black.”

In 2015, Lapkus and the cast won the Screen Actors Guild Award for Outstanding Performance by an Ensemble in a Comedy Series. Lapkus has also had recurring roles in the TV series The Parent Project, Video Game Reunion, House of Lies, and Key and Peele. She has portrayed in the movies Dreamworld, Are You Here, The To Do List, Bread and Butter, Blended, and Jurassic World. Lapkus has also been featured on many podcasts including Comedy Bang! Bang!, With Special Guest Lauren Lapkus, and Thrilling Adventure Hour.

Lauren Lapkus can currently be seen on the new HBO series from Pete Holmes and Judd Apatow, “CRASHING.” Earlier this year she shot Holmes & Watson in London, and she has a lead role in the upcoming indie film “The Unicorn.” at the moment Lauren is working on two new indie films, Dog Days and Good Girls Get High, and doing tons of voiceover work you will hear in 2018. Watch her out on TBS’ new show, “The Guest Book.”

Lauren Lapkus was born in 1985, with the original name Dorthea Lauren Allegra Lapkus in Evanston, Illinois. She is of half Lithuanian and half Greek descent. Lauren Lapkus celebrates her birthday on September 6. As of 2018, Lauren Lapkus is 32 years old. Lauren has a decent height of 1.78 meters. Lauren’s eyes are light blue, and hair color is natural brown.

Lauren Lapkus has been actively involved in the acting career since 2005 to till the date. She has portrayed in various movies, TV shows and also lent her voice to many animated films. She has gained beautiful fame in the acting industry. However, Lauren Lapkus net worth as of 2018 is under review.