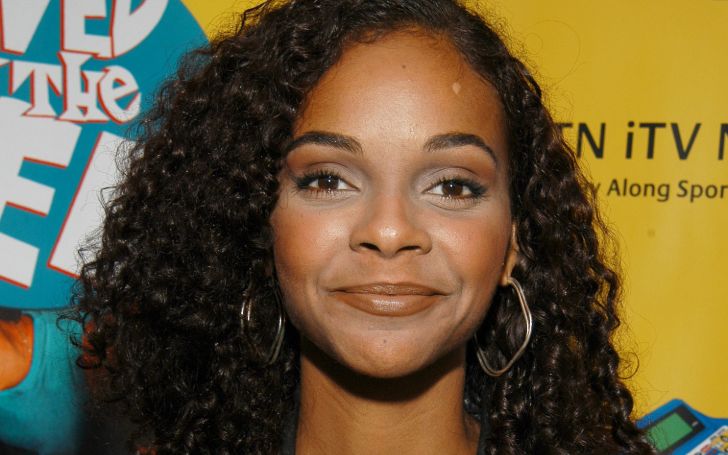 Failed marriages are a part of life but those who leap forward in their life with sheer dedication are able to achieve fame despite having a rough patch in their personal life. Lark Voorhies is one of such people who made it in the entertainment industry.

Lark Voorhies is an American actress, also a singer, a spokeswoman, and a model. She is nominated for the Young Artist Award six times, winning in 1990 and 1993 for her work on the show. People are eager to know about her love life and her earnings. Get all the information about the actress along with several other facts exclusively below.

Who is Lark Voorhies’ Husband?

The current relationship status of the actress, Lark Voorhies is single. Maybe, Voorhies is taking a break from all the past relationship, failed marriages and living a prosperous life as a single woman.

Though she is single at the moment, Lark has had a number of relationships in the past. She married thrice until this date. Nevertheless, she had to suffer divorce from all three of them.

Lark Voorhies’ Past Affairs And Marriage

The beautiful and talented actress dated her Saved by the Bell co-star Mark Paul Gosselaar during the running of the show. In 1996, Voorhies tied the knot with former husband Miguel Coleman, however, their married life didn’t work out and they divorced in 2004.

After staying single for a couple of years, Lark again walked down the aisle with ex-Andy Prince in 2007. Again, like the first failed marriage, this marriage also didn’t last for more than six years.

In spite of two failed marriages, the actress was not going to give on her romantic relationship. Still, with the hope of successful marriage Voorhies started a marital relationship with music engineer Jimmy Green.

The pair tied the knot in April 2015 at a chapel in Las Vegas, Nevada. The couple first met each other on Facebook a year back.

Yes I am verifying that my divorce from Jimmy Green is finalized. My focus is on moving on with my life and working on my career. I wish Jimmy the best and please disregard all negative statements made by any other accounts as they are fraudulent and do not represent me. Thank you. #larkvoorhies #officiallarkvoorhies #positivechanges #officalstatement

Consequently, it was the shortest marriage of the actress to ever last. Voorhies filed for divorce after six months of tying the knot with her third husband in October 2015.

According to the DailyMail, Lark Voorhies’s Ex-husband Jimmy Green claimed to be a wanted man in Tuscon, Arizona. He allegedly threatened to kill a store owner in 2012. However, Lark Voorhies was on her husband’s side and said the claims were false.

The actress filed a lawsuit claim against The National Enquirer for criticism over an article that included cases distributed in June 2005 that she had a drug problem. The case dropped in under two months.

Due to her neverending adolescence looks, there were rumors of Lark undergoing a plastic surgery every now and then. In relation to the rumors, the actress had once gone through a plastic surgery of her face and lips during the past.

How Much Is Lark Voorhies’ Net Worth?

Lark Voorhies has a net worth of $500,000. The actress’ net worth seems quite smaller compared to her acting and modeling career, however, $500k is not a smaller amount.

Arriving at #nobumalibu 50 minute drive, but well worth it.

The award-winning actress appeared in commercials of various branded products and is also the owner of the production house Lark Voorhies Production and Voorhies Management. Voorhies has also been in several music videos, like Bended Knee.

Read Also: What is Freema Agyeman’s Net Worth?

Apart from her acting career, the actress is also a writer and wrote three books, Trek of the Cheshire, True Light, and Reciprocity. It is safe to say this has all helped to contribute to Voorhies net worth.

When did Lark Voorhies Make Her Television debut?

Who are Lark Voorhies’ Parents?

What ethnicity does the actress hold?

What is the height of Lark Voorhies?