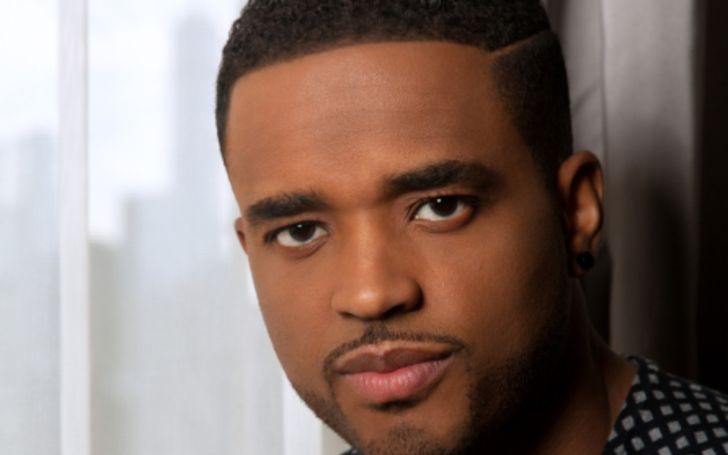 Larenz Tate is an American film and television actor who is famous for his roles as Peter Waters in Crash and as O-Dog in the 1993 teenhood drama film, Menace II Society. Tate’s other notable movies include Dead Presidents, Love Jones, Why Do Fools Fall in Love, A Man Apart, Waist Deep, Biker Boyz, and Ray.

While everyone is quite acquainted with Larenz Tate‘s career and professional works, a lot of his fans are still unsure of what his personal life holds. Is he married? Or, he’s just dating his girlfriend. What about his children? Well, let’s find it all.

Is Lorenz Tate Married? His Wife or Girlfriend?

Larenz Tate is one among the Hollywood who sure is to clinch the title of the most loyal husband if it comes to marriage. Tate has been in a marital life with actress/producer/director, and now the co-founder of the Tate boss, Tomasina Parrot for over a decade.

Tate’s wife Tomasina is famous for her role in the movies like Along Came Polly(2004), Lucky Numbers(2000), Miss Congeniality 2: Armed and Fabulous(2005).

Larenz and Tomasina dated for a while and then soon became of one mind followed by an eventual engagement. The couple even gave birth to their first baby boy, Miles Xavier Tate on July 29, 2006, to further solidify their relationships. And finally, the newly became parents tied the knot with each other in the same year on 30th November.

From then onwards, the Tates couple has never looked elsewhere but only ahead onto making their married life further stronger.

Two years after their big day, the lovey-dovey went on to add a second child of their own on 27 June 2008. And it was also a boy this time, who they named, Zander Tate.

Happiness followed the mom and dad one more time when they further went on to have their third one, Zion Tate in November 2013.

Tate couldn’t help himself but beam about this saying,

‘We have three boys. And for us, our children are truly our pride and joy. I’m out there. But when it comes to our children, our three boys, it’s okay to have some level of privacy’

YouTube: Larenz Tate talks about his wife and family

Tate looks as of he is never exhausted with his fondness of patriarchy. Tomasina and Larenz were just on their 11 years into their marriage when he further gushed about his love for his wife,

‘We don’t try to keep going by other people’s standards. What works in our household, may not work in the next household. We don’t try to get involved in everybody else’s business. It’s  what we create and what we do that works for us.’

And it pretty much seems to be, given it’s really tough to find any kinds of scandals about the either of husband and wife.

Larenz Tate looks as of he’s never exhausted with his fondness of patriarchy.

In the month of August of last year, Mrs. Tate flaunted her excitement this time again with her yet another pregnancy. For the Tates, the baby number four was already on the way.

Beauty and the Boys 👶🏽👶🏽👶🏽👶🏽 How she does it nobody knows… with boy number 4 in the oven it’s never a dull moment with the Tates. Can’t wait for our new little prince 👑 #teamtate

The pair at the time spent their weekend hanging out with actor Bill Bellamy and his wife Kristen Bellamy. Following this, the couple chose this moment to show one of their pregnancy roads to their fans adding the caption, “New Recruit”.

“Beauty and the Boys,”

“How she does it nobody knows…with boy number 4 in the oven, it’s never a dull moment with the Tates. Can’t wait for our new little prince #teamtate.”

This is the fourth child for Tate and Tomasina and, if Kristen’s caption is true, it’s another baby boy. The pair already has three sons: Zander, Zion, and Miles.

Apparently, the due date for the couple was for September of the same year at the time of their pregnancy. Yet as to when and where their fourth one was born is still very much kept at bay.

Larenz Tate became familiar with all those Hollywood paychecks from his very early childhood. Later on, added to his fortune through working on such popular TV series as The Cosby Show, 21 Jump Street, The Royal Family and The Wonder Years.

Furthermore, Tate also owns a house in the lavish city of Calabasas, California. Not to mention, the house in the street of Mullholand outsets only after those hefty six figures to sometimes even piking in the range of tens of millions.

And add to his extravagant celeb lifestyle, Tate also once posted in his Facebook’ handle boasting a Rolce Royce which could have easily cost him an outlay from somewhere between $500,000 to even $10 million in today’s inflations.

I was told class is something you just can’t buy. #GentlemensLeague

As to how much Tate received with each of his Broadway projects is still a matter of speculations. But if you chose to ignore that, then you can see Tate currently holding a sum of $4.5 million to his personal net worth.

Larenz Tate was born in Chicago, Illinois, to mother Peggy and father Larry Tate. Tate happens to be the youngest of three siblings (his two brothers, Larron and Lahmard, are also actors). His family moved to California when Tate was just 4 years old.

It was Malcolm-Jamal Warner’s ascent to fame from the sitcom The Cosby Show that eventually convinced the three brothers to enter a drama program at the Inner City Cultural Center.

Subsequently, realizing that they could give their efforts into a tangible form of success, the siblings began to receive small roles from the Broadway industry. Later, in 1985, Tate went on to make his small-screen debut in an episode of The New Twilight Zone. And the rest is history!!!

Coming onto his educational background and Palmdale High School will always be the one name from where this future star would go onto graduate in 1993.

Recommended: Who is Olivia Giannulli Dating?

In the series, Tate portrays the character of Rashad Tate, a dirty councilman who works with James, high-level drug distributor and nightclub owner played by Omari Hardwick, husband of Jennifer Pfautch.

Power gained critical acclaim for its characterization, pacing, atmosphere, acting, directing, and writing upon its release. It also became a rating hit for Starz, regularly featuring as one of the network’s most-watched shows. The series is currently airing its fifth season.

Following the outbreak of the Coronavirus, Larenz is asking his followers to stay at home to save the virus from transmitting. But, he’s doing it the meme way.