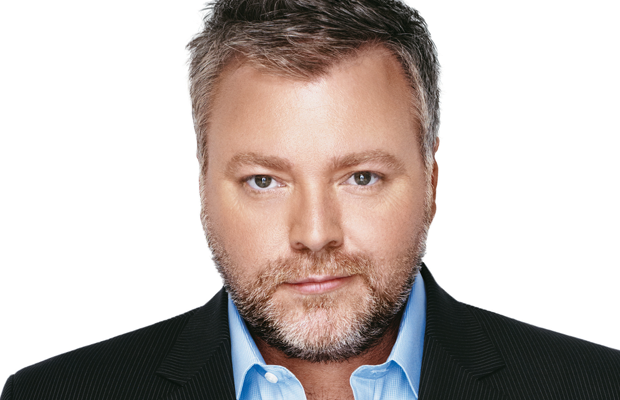 Kyle Sandilands is an Australian radio host who is highly acclaimed as a television personality. He is the most talented and intellectual media personality. He is currently a host on the radio program called The Kyle and Jackie O Show, which is one of the best FM radio show in Sydney.

Kyle’ll appear in the new Judge Judy-style TV show called Trial By Kyle which is soon to be aired. But Kyle doesn’t give a f**k if Channel 10 pick his show or not.

Trial By Kyle is among the eight new TV shows which will air as a part of Pilot Week which kicks off on 19th August. Only one episode of each show will be televised, and Ten’s chief content officer, Beverley McGarvey said the channel would use different factors to decide which shows get picked up and broadcast in full next year.

Also Read: Imogen Anthony Engaged To Her Boyfriend? Soon To Get Married To Him?

Kyle Sandilands was once a married man. He tied the knot on 26th September 2008 with his now ex-wife, Tamara Jaber, who is a pop singer. The couple lived in a house in St. Ives which is located in Sydney’s Upper North Shore. However, their married life didn’t work out as good as expected and ended up in divorce after two years of the marriage on 12th July 2010.

Their divorce resulted in a lot of rumors; one claimed that the duo parted because of the problems with money. Tamara, Kyle’s wife, spent a lot with family and friends. Despite the split, Kyle’s wife, Tamara doesn’t feel any regret for being the star’s wife.

After splitting up with his wife, Tamara found new love again. He is now in a relationship with his partner, Imogen Anthony, a model by profession. They are dating each other since March 2012.

The pair has been together for more than five years and usually divides their time between a Mosman waterfront mansion and a hobby farm.

Moreover, this year, the radio host, Kyle expressed his plans to propose to his partner, Imogen Anthony. And she even wore a seven-diamond choker from House of K’dor which worth $2.2 million to the ARIAs.

Kyle Sandilands Net worth and Sources of Income

Kyle is currently the co-host with Jacqueline Henderson, better known as Jackie O on Sydney’s radio station KIIS 106.5, which is number one FM radio show.

He is known for controversial on-air stunts and offensive comments which led the companies removing their advertisements, finding of severe breaches of the Industry Codes of Practice and Guidelines and led to him being sacked from Australian Idol.

He even narrated the reality television program called Meet the Hockers, a show which is similar to Pawn Stars.

As of now, Kyle Sandilands net worth is under review. Once reviewed, we will update you soon.

Kyle Sandilands was born in the year 1971 in Brisbane, Australia. He celebrates his birthday on 10th June, which makes his age 47.

Kyle has spoken to the media of his difficult childhood. He grew up in Wynnum, Brisbane and was deeply affected by his parents’ divorce, which happened when he was just ten years old. His mother and stepfather had thrown him out of the house after he held a party while they were absent and damaged their car.

After damaging his stepfather’s car, he never came back and lived in friends’ houses and on the streets. But when he was 17, Kyle’s father sent him to live in Townsville with his aunt.