Kunal Nayyar Wiki Facts: From Age and Height To Wedding, Wife, And Married Life. Everything You Want To Know About Neha Kapur Husband 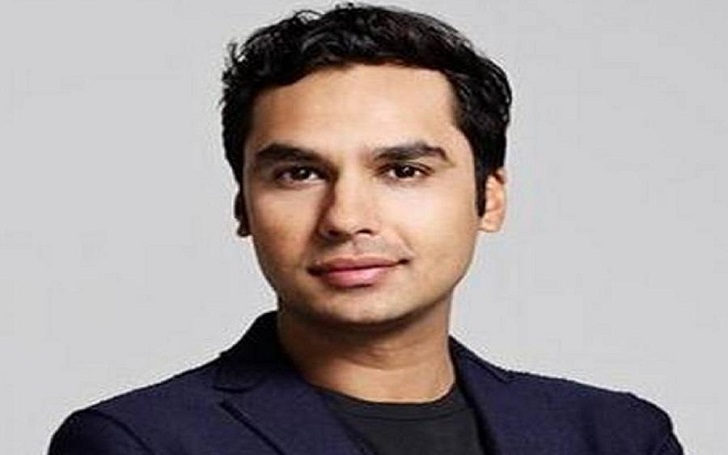 Kunal Nayyar film credits are growing. He has already 16+ credits in the entertainment world, but he credits The Big Bang Theory most. He says the show gave him everything he had wanted.

So, what had Kunal Nayyar wanted? How did he make his career in Hollywood being an Indian born in the UK? How did he become the third highest paid TV actor in 2015? Moreover, what circumstances led him to live a married life with Miss India 2006, Neha Kapur?

Also, see: Mayim Bialik: Married Someone After The Divorce With Her Ex-Husband?

Read our Kunal Nayyar’ wiki facts to know everything about the personal life of Kunal Nayyar, Neha Kapur’ husband here.

Who Is Kunal Nayyar’ Wife? The Story Behind Neha Kapur’ Husband

Kunal Nayyar is married to Miss India 2006 Neha Kapur. The wedding took place in 2011 in New Delhi, India. The frank sitcom star Kunal Nayyar is quite reserved when he has to share his personal life with Neha Kapur. He would avoid personal details in his interviews.

People cites Kunal’s new book of essays Yes, My Accent Is Real to find out how the shy guy’s love story removed his shyness. Kunal’s cousin was the initiator of the love mates. It was in the Christmas of 2008 when Kunal was in New Delhi. The People writes:

She’s an ex-Miss India. You need to meet her,’ said my cousin,’ the actor writes in his new book of being set up with Neha while home in New Delhi for Christmas in 2008.” ‘Ex” Can’t you introduce me to the current one?’ I joked

The People cites Kunal’s essays which recall how Kunal had failed several attempts before finally, he got to know his future wife during the opening of a bar. Kunal recalls in his book:

We talked about our childhoods in New Delhi. Gradually, I think she could tell I was not a creep and she began to open up. There was something beautiful about the rawness of her emotion. I had known her for two hours, I was getting hooked.

Kunal Nayyar’ TV Shows: Kunal Says, “The Big Bang Theory Has Given Me Everything”

Kunal Nayyar has an adventurous journey to Hollywood. He was born in the UK, grew in India, and finally settled in the USA. Kunal has a good career in Hollywood with a total of 16 credits for acting, 3 for the soundtrack, and 1 for production. He was nominated for 8 awards. 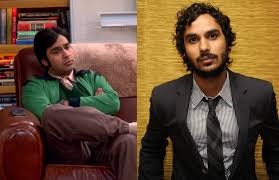 Kunal is now a well-paid artist in Hollywood. Big Bang Theory (2007-2018) took him to an unmatching height in the TV shows. He is also one of the topmost paid TV actors for the year 2015. Of course, he has a number of contributions, but Kunal says, “The Big Bang Theory has given me everything.” The Biography quotes Kunal Nayyar:

You Might Like: Final Set Flash Mob: Kaley Cuoco and Big Bang Theory Dance To the Backstreet Boys

The lady love of the Big Bang Theory, Kaley Cuoco posted the dance on her official Instagram page.

Along with the live audiences, many of the stars’ families were also in the audience section.

Kunal Nayyar’ Wiki Facts: From Age and Height To Life in California

Kunal Nayyar was born on 30 April 1981 in an Indian Punjabi family in Hounslow, London, UK. His family then came back to India and he grew up in New Delhi, India.

He completed his school education at St Columba’s School in New Delhi. His parents still live in New Delhi while he decided to go abroad for higher studies.

Also, see: Margo Harshman: Secretly Dating or Already Been Married To Someone?

For his career pursuit, Nayyar moved to the United States. He completed his undergraduate degree majoring in Finance from the University of Portland, Oregon. Since then his interest in acting triggered.

Kunal found himself taking acting classes when he was in college. He simultaneously appeared in college dramas while preparing for his college exams.

This mornings travel diaries— off to Beijing:) A few more days on #thinklikeadogmovie looking forward to experiencing the harmony/juxtaposition between ancient mysticism and technology of the future… oh and having some delicious duck! See you soon China:) #love #beijing

After participating in the American College Theater Festival, Nayyar finally decided to become a professional actor. His decision paved his path to receiving the Master of Fine Arts in Acting from Temple University in Philadelphia.

The England born Indian lad started dreaming of an established career in Hollywood. The relentless career growth of Neha Kapur’ husband accelerated with the American television ads and plays on the London stage.

He played an Indian exchange student aspiring to learn American culture in Huck & Holden in 2006. Kunal also enriched in writing when he collaborated with Arun Das for the play Cotton Candy.

It was his entry into The Big Bang Theory (2007-2018) in 2007 that made him confident in the industry. He got name, fame, height, and a handsome salary which accounts for his handsome net worth.

Kunal Nayyar’ net worth is increasing with his growing popularity in the TV series The Big Bang Theory (2007-2018). He was listed as the top three well-paid television actor in 2015.

Movie makers follow him with a good deal of contracts which also adds to his net worth. His yearly income acknowledges his TV shows, stage performances, modeling, acting, and the royalty of all these. As of 2018, he has been able to accumulate a net worth of $45 million.

Also, read: Dan Stevens Wife And Married Life Get Credit For His Movies And Net Worth.

Stay connected to us to get interesting information about your favorite celebrity’s personal life.