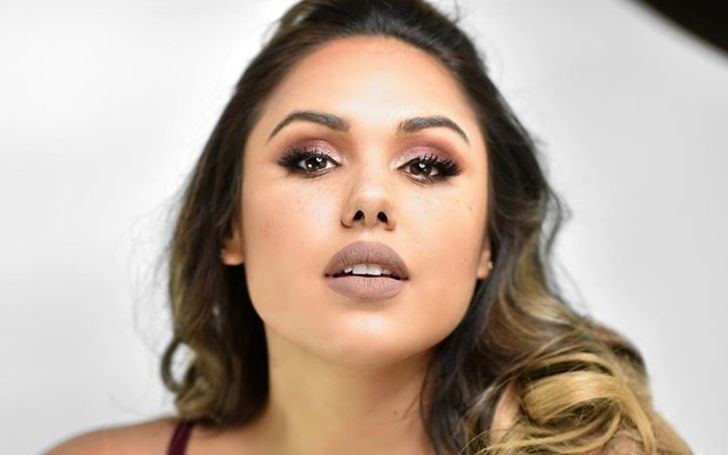 Fame and fortune come to those who pursue their dream in spite of every significant difficulty. Like many artists, Kristinia DeBarge chose her way as an American singer, songwriter, dancer, and actress.

With her debut screen appearance on the national TV in 2003, the actress has been gaining a lot fame. Multi-talented Kristina has shown her extraordinary performances in several movies like School Dance, Christmas in Compton, The Mint, and more.

Kristina DeBarge was born on 8th March 1990 in South Pasadena, California. She got raised in a well-established family as her father, James DeBarge was a singer. Her mother’s name is Christine Mcdonald. With the influence of her father, she developed an interest in singing from her childhood. Talking about her siblings, she has a brother James DeBarge Jr. and a sister named, Tori DeBarge.

Have a look at beautiful actress Kristinia DeBarge
Image Source: Ethnicity of Celebs

Her supportive family encouraged her and helped her to pursue her dream of becoming a singer. She caught some attention when she joined ‘American Juniors.’ Besides, she also hit the internet with all fame and name after her couple albums. A few of her most famous albums are, ‘Exposed’, ‘Thinking Out Loud’, and ‘Young & Restless’.

Besides her talent in singing and acting, she is a beautiful woman with an attractive personality. Coming to her love life, she has preferred to keep secret. However, some sources have pointed out that the actress is in a relationship but likes to keep it away from the media.

But lately, she informed the public about her engagement with a producer who once appeared on her show. The couple shared the great news on Instagram and has been getting a lot of congrats and wishes. Kristinia shared the news with her fans with a post captioned,

“This picture was taken moments before you asked my hand in marriage. I’m so thrilled to say that I’m your fiancé & I can’t wait to be become [sic] your wife!! I love you, baby!! Thanks for making me the happiest girl in the world!!”

The singer seems so excited and happy about her engagement as she can’t wait to meet the new roads leading to her marriage. As of Cheatsheet, the name of Kritinia’s fiance is Adonis. Adonis is the manager of the singer.

The 30-year-old, Kristinia DeBarge has a multi-career from where she made a good amount of money. From those multiple careers, DeBarge has amassed sufficient wealth till now.

The beautiful singer has a net worth of $2 million
Image Source: Married Biography

The star has been grateful for her career as she is now the owner of wealth $2 million. She also earns the average salary of an American singer, which is around $49,331. Besides, her career as an actress also has donated some of her assets.