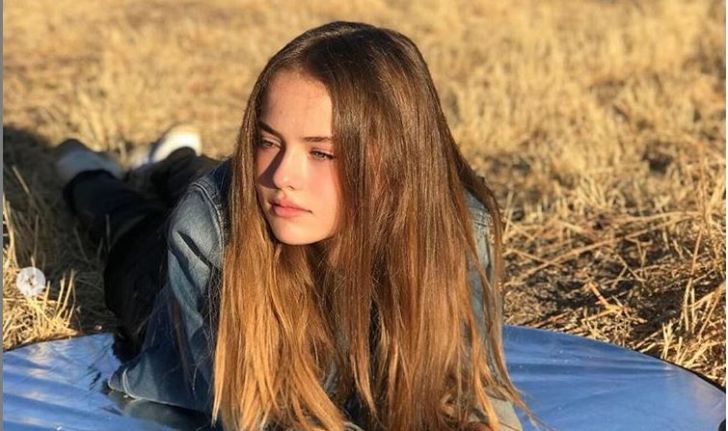 Can you believe a 13-years old girl has 2.5 million followers on Instagram and 4.2 million on Facebook? Well, there is one we know of and she is none other than Russian model, Kristina Pimenova.

The teen beauty, Pimenova is highly successful as a model and has a staggering net worth. So, what is the figure of her fortune? Let’s find out along with more other details.

Born on 27 December 2005 in Moscow, Russia, Kristina Pimenova is a Russian model. She is currently 13 years old but her career is way ahead of her age. And it is believed that she started her modeling career when she was just 3 years old.

Though she was born in Moscow, Russia, Pimenova lives in the United States with her parents. Kristina is so much in love with her parents and vice versa which her early success clearly reflects.

Kristina is privileged to have a model and former footballer parents as they contributed a lot in bringing her to the limelight. Her mother, Glikeriya Shirokova is model while her father, Ruslan Pimenov is a former footballer who also represented Russia in the 2002 Fifa World Cup.

Is Kristina Pimenova Dating a Boyfriend?

As Kristina Pimenova is in her early teenage, it is worth not raising a question about her romantic relationship. In fact, she is still growing under the care of her parents.

Nevertheless, there is no denying that she is already a dream girl for millions of her fans worldwide. Her bewitching looks never fails to impress her followers as they keep growing in number. For now, we can only wish her a successful career and an equally successful relationship in the future.

How Much is Kristina Pimenova’s Net Worth?

Believe it or not, the truth is Kristina Pimenova has a net worth of $500 thousand as of 2019. As a matter of fact, there are rumors that she is worth $245 million which is not much credible. Nevertheless, she makes huge earnings by appearing in various advertisements of giant companies. So far, she has worked for Benetton, Armani, Roberto Cavalli, and many others.

From social media endorsements, Pimenova earns between $5,096 and $8,493 per post. So far, she has posted well over 15 hundred times on Instagram where she has 2 million likes and 2.5 million followers. In addition, she has featured on covers of magazines like InStyle Kids, Posh Kids, Reportajes, Polo, just to name a few.

As per the demand of her job, Kristina seems to be on the road most of the time as she posts photos from different cities and countrysides, beaches, and what not. Her mother reportedly manages Kristina’s social sites as she is not old enough yet.

Observing her current fame and success, we have no problem in saying that she will be second to none in the modeling zone in the near future. Moreover, she is already way ahead of senior Russian models like Viki Odintcova, Svetlana Bilyalova, and others.

13-years old Russian model Kristina Pimenova is 5 feet 3 inches tall but her height is bound to increase as she is only in her early teens. Moreover, she weighs 51 Kg.

Regarding her appearance, she has blonde hair and a pair of blue eyes. There are many who consider Kristina as the most beautiful upcoming model the worldover.

Where is the birthplace of Kristina Pimenova?

How tall is Kristina Pimenova?

What nationality does Kristina Pimenova belong to?

How much does Kristina Pimenova weigh?

What color are the eyes of Kristina Pimenova?

What is the color of Kristina Pimenova’s hair?

Who is Kristina Pimenova’s sibling?