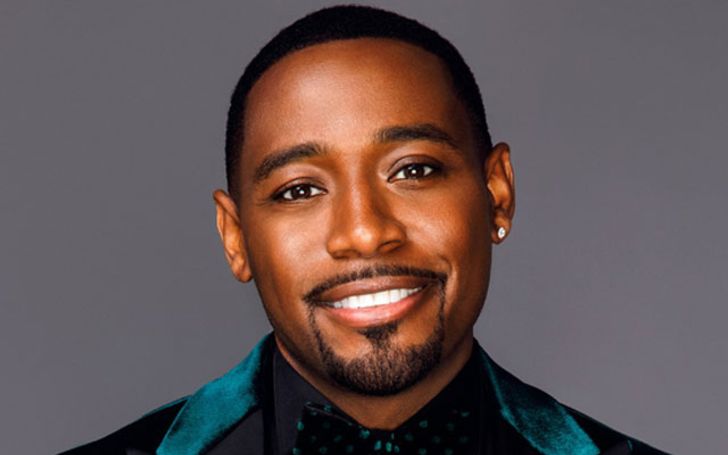 Find out the in-depth biography of stand-up comedian and father of eight, Kounry Wayne.

Unlike other celebrities, Kountry Wayne entered the showbiz industry through his rapping skills. But later, he discovered that he was better at making people laugh rather than rapping. So, from the moment he thought to initiate a career as stand up. Initially, Kounry started his career uploading videos to different social media networking sites, which helped him to gain fame overnight.

Let us scroll to know more about his personal life, career, net worth, and including body measurements.

Kountry was born on 9 December 1987, in Waynesboro, Georgia, the United States of America. But unfortunately there is not much information related to his parents, early childhood, and siblings. Nevertheless, Wayne holds an American nationality and belongs to the African ethnicity of African. Coming to his educational background, Wayne completed his graduation from Jenkins County High School.

As mentioned earlier, he entered the industry with a hope of becoming a rapper, he later realized he would suit best as a comedian. So from the right moment he began to upload funny self-made videos on his social media like Twitter and Facebook. Subsequently, he got a chance to perform minor shows in small clubs in Atlanta.

As of 2016, he already a star had performed over 45 cities with a sold-out tour. And since then Kountry performed a year-round continually selling out ever shows in the clubs & theaters across the country. In the aftermath of that, he resides in South Georgia and runs two successful businesses.

Wayne with his all children.
Image Source: Bossip

Having a peek at his personal life, the comedian tends to keeps all his personal information far from media outlets. As a result of that, he is confidential regarding his past girlfriends or affairs. But might be shocking to many he is the father of eight children from past five baby mothers. At the young age of seventeen he became the father of his first child.

Check Out: Is George Smart Married To Lisa Snowdon?

However back in 2017, he made headlines after marrying ex-wife Gena Colley, the same lady who bickered online over Kountry extramarital affair with Jess Hilarious in 2019. As in now Wayne seems to have balance well between his ex-girlfriend and ex-wife.

The versatile yet popular comedian possess a net worth of around $1 million from his stand up career and endeavors. Adding bands to his fortune has made a profitable amount of cash from his two business investment in South Georgia.

In addition, he is also earning a decent revenue from his social media platforms, such as 60.8 k followers filled YouTube channel @KountryWayne where he frequently uploads comedy videos and vlogs along with his children.

The comedian has a lean muscular body that has a height of 5 feet 7 inches or 1.70 meters. His body has a measurement of 38 chest size, 32 waist size, and a body weight of 70 kg. He has black eyes as well as hair color.