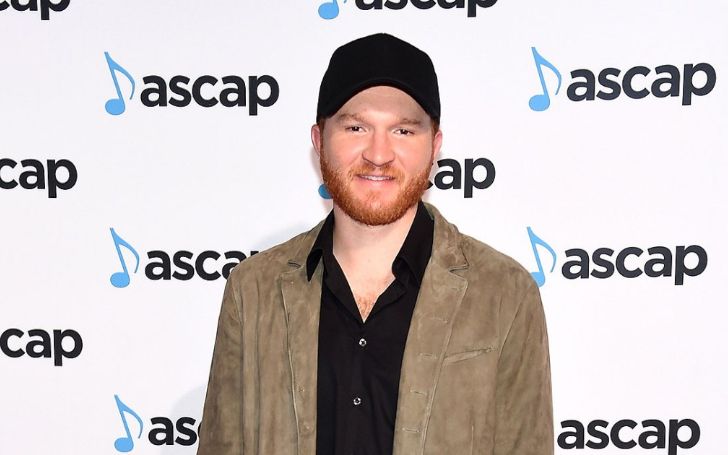 The country singer/songwriter Eric Paslay captured the attention of millions through his music. His songs are often moving, sometimes playful and always entertaining to listen to. The artist quickly gained a massive fanbase through his music.

Due to his professional fame, Paslay’s fans are curious about his private life as well. Everyone knows Paslay is a married man, but who is his wife? Is he a father of any children? Moreover, what is the figure of his net worth? If you are looking for answers to these questions, you just made the right move. Keep reading below.

Eric Paslay Married Life With Wife. Do They Have Children?

The very entertaining country singer Eric Paslay is a married man. He tied the knot with his long term girlfriend Natalie Harker on April 26, 2015. Moreover, the couple dated for two years before their marriage though they knew each other for more the five years.

Furthermore, their wedding took place at Front Porch Farms in Charlotte, North Carolina. They held a close wedding with around two hundred people as guests. During the ceremony, Natalie wore Vera Wang’s gown, while Eric wore a black, custom-made C McGill. The bride planned the whole wedding and wanted to make their special day as casual as possible. That’s not all.

The married duo recently welcomed an adorable child in their family. The lovey-dovey couple welcomed a daughter whom they later named Piper Lily Paslay. Being precise, Natalie gave birth to their first child on December 8, 2018. Following the arrival of their little one, Paslay took to Instagram to reveal the news on 14 December 2018.

She’s here!!! Can’t even handle how much we love our little girl, Piper Lily!!! #BabyPaslay

According to People magazine, Eric and Natalie baptized their daughter three days after her birth.

How Much is Eric Paslay’s Net Worth?

Eric Paslay holds an estimated net worth of $1 million. He earns his wealth through the sales of his albums and singles as well as concert tours. Moreover, he holds multiple platinum singles so far in his career. A fellow country singer Luke Bryan accumulated his net worth of $90 million through similar means.

Boston! Can’t wait to see you guys at the @country1025wklb Street Party 2 on Sunday. We hit the stage at 1:30 PM, so come on out to @hobboston early & rock with us!!! Tickets at the link in bio.

The singer recently signed a contract with EMI Record label. Besides, Some of his biggest hits include:

Furthermore, with his acquired wealth he leads a life in comfort and luxury along with his wife and the new member of his family. He already gained much from his career and is still going strong. But most of his private assets are relatively unknown. Yet going through his Instagram account, the singer owns a beautiful house and is constantly traveling on tours.

When was Eric Paslay born?

What are the names of his parents?

What is Paslay’s nationality?

What is Eric’s ethnicity?

Which college did he graduate from?

Which color are his eyes?