Kirsty Gallacher’s Dating Life After A Divorce With Her Ex-husband; Secretly Dating Someone Before Drink-Driving Arrest! 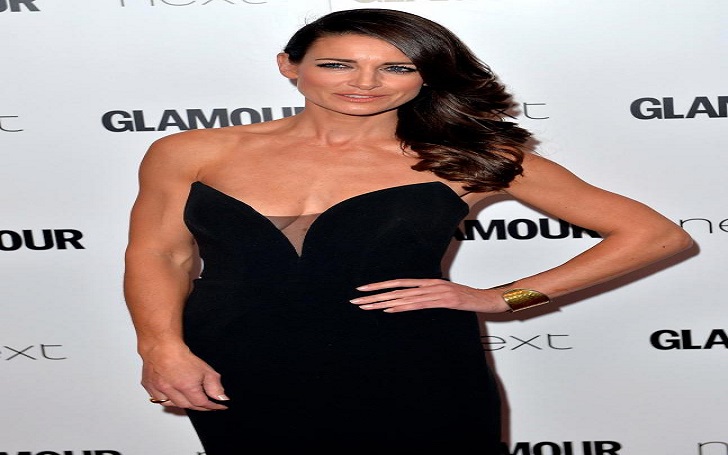 Many celebs struggle hard for the longevity of their relationship after the marriage. But only a few of them can save their marriage, while most the relationship ends in a divorce. One of the beautiful Tv presenters, Kirsty Gallacher, also had a divorce from her ex-husband in the past.

Kristy Gallacher had surfaced in the news even after the divorce from her husband. What is the reason? Has she married again, Or is she dating someone? Learn more about her personal life, including her recent arrest for drink-driving.

Sky Sports News Presenter Kristy Gallacher, 41, secretly saw her boyfriend, Laurence Fox, earlier this year. However, she split with her boyfriend just weeks before her arrest for drink-driving, according to The Sun. Laurence Fox, 39, has been the ex-husband of actress Billie Piper, 34, for eight years. They divorced each other in 2016.

Kirsty had admitted that she had a new boyfriend and enjoyed dating him earlier this year. However, she didn’t mention her partner’s name at the time and said:

It’s early days. I’m enjoying seeing somebody, going on dates and having a great time

The couple decided to ‘call it quits’ to their six months relationship after being tired of sneaking around. An insider told The Sun:

The pair met through pals and hit it off. They had fun while it lasted. But having to sneak around was a bit tiresome in the end

According to Kristy’s pals, the relationship with her partner, Fox, fizzled out because she is still mad at her ex-boyfriend, rugby bad boy Danny Cipriani. 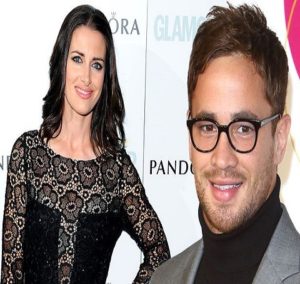 Kirsty and Danny, 29, had been ‘secretly dating’ each other since November 2015 after the divorce from her husband, Paul Sampson, in 2014. However, after dating for six months, they split in April 2016 due to their 12 years of the age gap and her status as a mother of two kids. Rumor also arose that Danny had been unfaithful to Kirsty.

Gallacher was charged with drink-driving at 11.30 am in Eton, Berkshire, on Saturday, August 12. She was driving erratically on the way to collect her two sons from her ex-husband, Paul Sampson’s house. Gallacher got arrested and bailed to appear at Slough Magistrates’ Court on September 4. She was banned from driving for two years following her guilty plea in court.

Kristy Gallacher’s Past Married Life With Her Husband, Paul Sampson

Kristy Gallacher met her ex-husband, Paul Sampson, at a charity event in 1999. They started dating then. Kirsty then started living together with her boyfriend in Surrey.

After five years of dating scenario, Kristy gave birth to her first child, A son, Oscar, on December 1, 2006. Later after four years, she gave birth to another child, Again a son, Jude Sidney, on January 19, 2010. Finally, after being parents to two children, the couple decided to marry and exchanged vows on July 24, 2010.

The wedding ceremony took place in the beautiful historic town of Arcos De La Frontera in southern Spain. The couple tied the knot in front of around 100 family members and friends, including their two dearest sons. Kirsty’s sister Laura was the bridesmaid in the ceremony, and so was Paul’s sister Kerry.

However, after four years of marriage, the pair filed for divorce in April 2014 and broke their marriage. Kirsty loves her sons and often enjoys her day with two sons. She also posts their pictures on Instagram, most often when they are on vacation. Kirsty had admitted that she desires to have more children in the future, particularly a daughter.

I’d love more kids – another one at least, and a girl would be nice. My boys would love a sister. And I’m not worried at all about the age thing. I know plenty of people who are having children later

Bliss…being away with my boys ❤

Caption: Kirsty Gallacher enjoyed her holiday with her two sons on April 6, 2017.

Kirsty had not allowed the separation to impact her children, although they stayed in the Surrey house while her husband had moved out.

Born on January 20, 1976, Kirsty Jane Gallacher is a Scottish television presenter. She is the daughter of former Ryder Cup captain Bernard Gallacher and Lesley Gallacher. Her hometown is Edinburgh, Scotland. At 18 months, her family moved south to Virginia Water, England. She attended Coworth Flexlands and St George’s School in Ascot, Berkshire. She is the cousin of golfer Stephen Gallacher.

Gallacher studied at the London College of Fashion in journalism and promotion to be a fashion journalist. In 1998, she achieved her presenting break on Sky Sports News. She returned to Sky Sports to present for Sky Sports News in May 2011. Kirsty won a “Platinum Award” for Best Entertainment Programme at Houston International Film Festival in 2002, and her Home Videos won the following year’s Satellite/Digital Programme award in 2003.

Kirtsy earns a splendid salary from her current channel and has made herself worthy of enormous net worth. But she has not revealed her net worth to the media as of now.

Kirsty Jane Gallacher is 46 years old as of June 2022. She has a net worth of $4 million. For the moment being, Kirsty Gallacher is single and focusing on herself and her career. She had recently been diagnosed with a tumor in her right ear; thus, she announced on November 26 that she would be taking a short break.