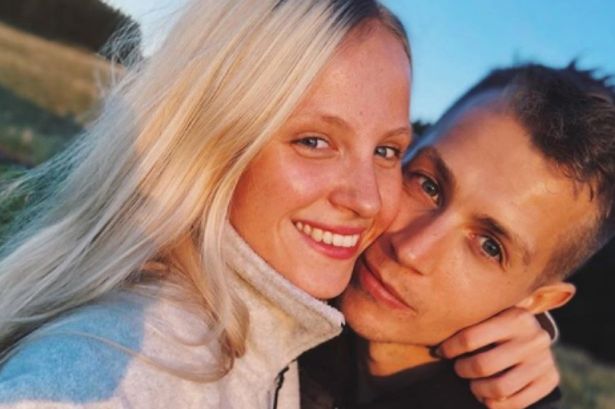 After I’m a Celebrity 2018, The Vamps guitarist and singer James McVey is finally back to his normal life. After the show, he quickly ran to his girlfriend, Kirstie Brittain. He looked pleased to reunite with his beautiful girlfriend after the elimination.

Recently, James posted a reunion photo with his girlfriend on his Instagram that shows how bad he missed her while he was in the jungle. Before sharing that, the two also got the chance of posing with I’m a Celebrity presenters Holly Willoughby and Declan Donnelly.

Are you keen to know more about James McVey girlfriend, Kirstie Brittain? Let’s take an insight into Kirstie Brittain wiki facts, including her age, birthday, height, job, and family.

Who is Kirstie Brittain?

Kirstie Brittain is a professional model working with Storm Management. Besides modeling, she is a student studying MSc Environment, Politics + Society at University College London. She received a BSc in International Relations and History degree from London School of Economics and Political Science. Moreover, Kirstie is an ardent blogger who loves writing about environmental issues on her website.

Kirstie is currently dating her boyfriend, James McVey. The two started dating in 2014. The two have been together for over four years. Their fourth anniversary was on 3rd December, but James was in the jungle then. However, Kirstie marked the occasion by posting a photo of the couple on her Instagram.

Before entering the jungle, Kirstie Brittain boyfriend, James told the Sun that he’s planning to propose to her. He said:

“I think we’ll be engaged within the next six months. I’ve not got a ring yet though. I was joking around with the other Vamps boys saying that my one luxury item should have been an engagement ring, and I could have really embarrassed her [Kirstie] on the bridge coming out, but I’ve not had time to get it yet. That would have been a good one though.”

As of now, Kirstie is all happy to see her boyfriend after a long time. The couple is planning to celebrate Christmas together.

In 2014, Kirstie’s relationship with James went through a rough time when they just started seeing each other. Some of James’ fans tagged him in a photo that allegedly showed Kirstie kissing somebody else. However, the couple reunited after a series of break up.

Reflecting on what happened then, James told:

“It was that weird territory where I thought something more was happening than she did. We weren’t technically together, and I jumped the gun.” “I think I kind of was probably quite emotionally immature back then, and I really feel for her, because she got a lot of negative attention around that. We weren’t even officially together.”

Kirstie Brittain was born in 1995 in the UK. She hasn’t revealed much of her parent’s details. She celebrates her birthday on 23rd September that makes her age 23 at present.

Kirstie has a decent height of 5 feet 9 inches.