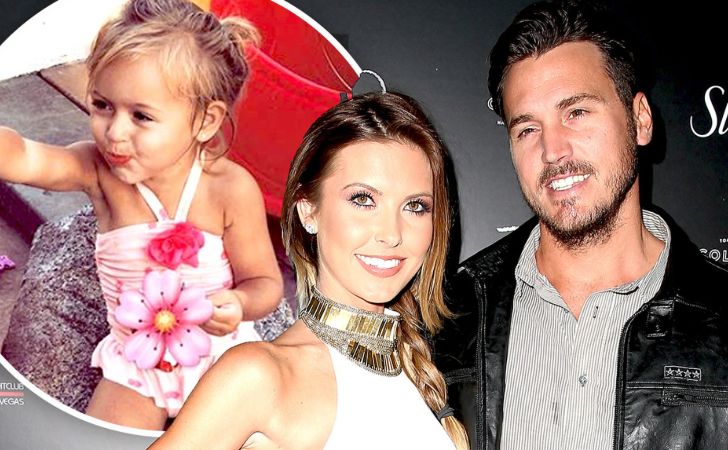 Whenever you are attached to any popular celebrity from the showbiz industry, there is no doubt that you become a part of it. The case is precisely the same with Kirra Max Bohan, who is only famous because of her rich background as the daughter of ‘The Hills’ star Audrina Patridge. The 5-year-old might have just started going to school, but little does she know how the entire nation knows her name, thanks to her mom, who is a renowned TV personality, actress, and model. So, stay with us to know more about the net worth, parents, and the celebrity daughter’s personal life.

As the daughter of the ‘1st Look’ and ‘The Hills’ actress, Kirra Max Bohan spent her childhood with the media trying to peek into everything she does. She is the only daughter of her parents, former dirt bike rider Corey Bohan and model Audrina Patridge. Interestingly, she was born on June 24, 2015, before her parents tied the knot, i.e, on November 5, 2016.

It was unfortunate that Kirra’s parents, Audrina Patridge and Corey Bohan, parted ways with a finalized divorce on December 20, 2018. The split-up was a shock to many considering the fact that the two were blissfully together from 2008. Unbelievably with such a shame, things didn’t work well between them and Kirra Max Bohan’s mother had to file a complaint regarding domestic abuse.

The main reason for Kirra’s fame happens to be her mother, who has proven to be a vital asset in the television industry. She initially got the hype as the leading cast member of The Hills from 2006 to 2010, appearing in 102 episodes. Similarly, she also participated in reality shows like ‘Cupcake Wars’ and ‘Hell’s Kitchen’ to further strengthen her resume.

After a lengthy battle at the court, it was the television star, Audrina Patridge, who got the custody of her then 1-year-old daughter, Kirra Max Bohan. Furthermore, the actress also got custody of their dog, Lady, as per the Orange County court’s agreement. Meanwhile, Kirra’s father, Corey Bohan, got visitation rights as per the reports from The Blast.

The divorce agreement between Kirra Max Bohan’s parents was too complicated. According to the details, her father agreed to leave the family house, but her mom obliged to pay him a sum of $35,000 as reimbursement for recent work on the home. According to Audrina, her ex-husband threatened her multiple times, saying, ‘if you leave me, I’ll come after you.’