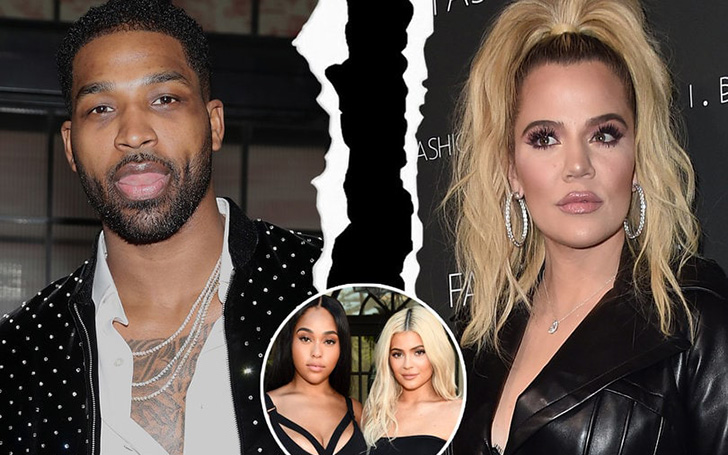 Tristan Thompson defends his reputation after Khloe Kardashian dumped him for cheating with the model and Kylie Jenner, Jordyn Woods.

A basketball player, Tristan Thompson who has a 10-month-old daughter with Khloe denied the rumors of cheating and wrote on his Twitter, ”FAKE NEWS” on 19th February 2019, on Tuesday.

Tristan who was previously embroiled in a cheating scandal before the birth of the child last year quickly deleted his reaction.

As per Thomspon, the tryst happened over the weekend while he visited Khloe and daughter True on Valentine’s Day in Los Angeles. While the player tried to play the role of doting partner, he could not hold the good guy act for long.

”Thompson and Woods were all over each other, and, it wasn’t just ‘friendly’.”

Khloe and Thomspn later split after the incident. Although, she is yet to release a statement, the mother of one is not remaining silent. Later, she responded Hollywood Unlocked’s Instagram post about her split by posting eight mouths talking emojis.