Keyshia Ka’Oir Married With Her Long-Term Boyfriend, Gucci Mane; Speculation About Her Children In Jamaica. Get Along With Her Wiki-Bio 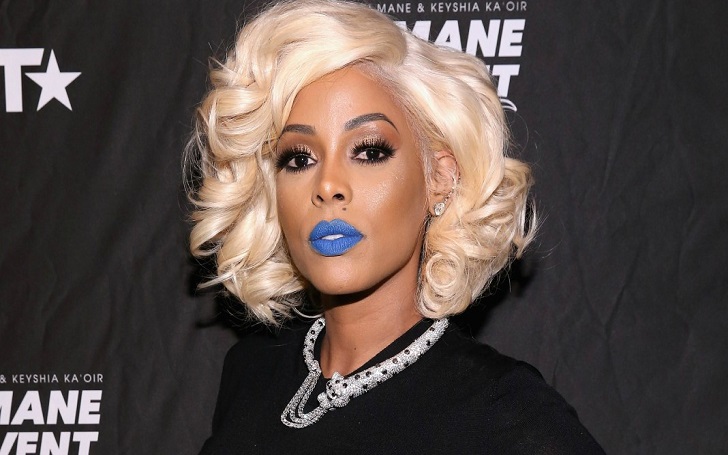 Keyshia Ka’Oir’s inspiring journey from a video vixen to a beauty mogul is a classic entrepreneurial story. She wasn’t born with a silver spoon in her mouth to reach here, and this made her story more inspirational. She is popular with people for her modeling career, her beauty empire, and apparently with her story. But this time, the charming woman came into limelight with her wedding with her long-term boyfriend, Gucci Mane.

The couple’s expensive wedding is the talk of the town now. So, let’s get in on with the couple’s marriage along with Keyshia Ka’Oir’s wiki-bio, her husband, children, plastic surgery, net worth, age, and much more.

17th October 2017 was the day; the world saw an extravagant wedding including Keyshia Ka’Oir and rapper, Gucci Mane. Reports tell that the couple spent over $2 million on the big day. The lavish marriage ceremony was attended by hip-hop royalty and was broadcasted on live television. 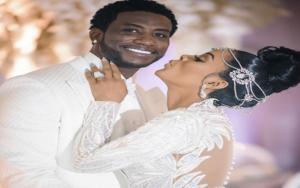 It all started when Gucci Mane, who has collaborated with artists like Drake (former boyfriend of Dollicia Bryan), Lil Wayne (father of Neal Carter), and Lil Chuckee, had an immediate crush on Keyshia Ka’Oir after seeing her in a magazine. Keyshia became the Model of the Year for the magazine XXL in 2010 and had a full page spread on it. Gucci then asked her for one of his music videos, and the relationship continued.

Dating Story of the Couple

The couple started dating in 2012, hindered by Gucci’s prison sentence. But the pair survived the rough period of their relationship and soon turned it into a binding affair. Just after his release from prison, Gucci surprised Keyshia with an engagement proposal right in the middle of the Atlanta Hawks game 22nd November 2016. Gucchi dropped on his knees and proposed Keshiya with a 25 karat diamond engagement ring. Keyshia said YES and flaunted her engagement ring on live camera as a consent to get engaged to her long-time boyfriend.

When he admires u!

The fiance soon became a husband after Keyshia got married to Gucci after five years of dating. The wedding ceremony is a wedding goal for all the couples out there. And it’s safe to say the newly married couple will even deepen their love for each other in the coming days.

The rumor was singing hard about Keyshia Ka’Oir having children back in Jamaica. Keshiya confessed that she has children but not in Jamaica. She said:

“Gucci and I both have children. We do”

Keyshia and her husband are raising their children in Atlanta, but she did not tell how many children they have.

She also told that the children were at the wedding.

Born in Kingston, Jamaica, Keyshia Watson AKA Keyshia Ka’Oir moved to Florida with her family at age 17. Keyshia Ka’Oir’s age is 32 now, and she celebrates her birthday on 10th January. Ka’Oir started her entrepreneurial journey by starting her own small salon in Boca Raton Florida.

Soon she entered into the entertainment business and starred in various music videos, especially Hip-Hop. She became famous after she appeared in the music video of Say Something by Timbaland. Utilizing her fan base and network, she decided to open her own beauty product line and hence her journey started.

Keyshia launched her own cosmetics, KA’OIR Cosmetics in 2011. She risked her career and her life saving to her new venture, and now she’s here.

Keyshia is a fitness enthusiast as well. In the same year 2011, Keyshia Ka’Oir launched her fitness line, Ka’oir Fitness. Her fitness line includes waist trainers, detox tea, and other fitness gear. Her fitness Instagram account has over 290K followers which she uses to promote living a healthy lifestyle and to post videos of her workout routine. She even brought her husband back in shape after his prison time through her fitness living style.

Caption: What you think about Keyshia Ka’Oir plastic surgery?

She no longer has a belly button courtesy to her rib removal surgery. Did she really need to fall for plastic surgery as she herself is a fitness model?

Keyshia Ka’Oir’s Net worth and Salary

From her modeling career and her fitness and cosmetic company, Keyshia Ka’Oir has accumulated roughly $10 Million as net worth. Keyshia Ka’Oir’ net worth can increase with the development of her companies. She takes $4000 per video shoot as salary and $5500 per night for club appearances. As an entrepreneur, Keyshia Ka’Oir’ salary from her own companies is still unknown.