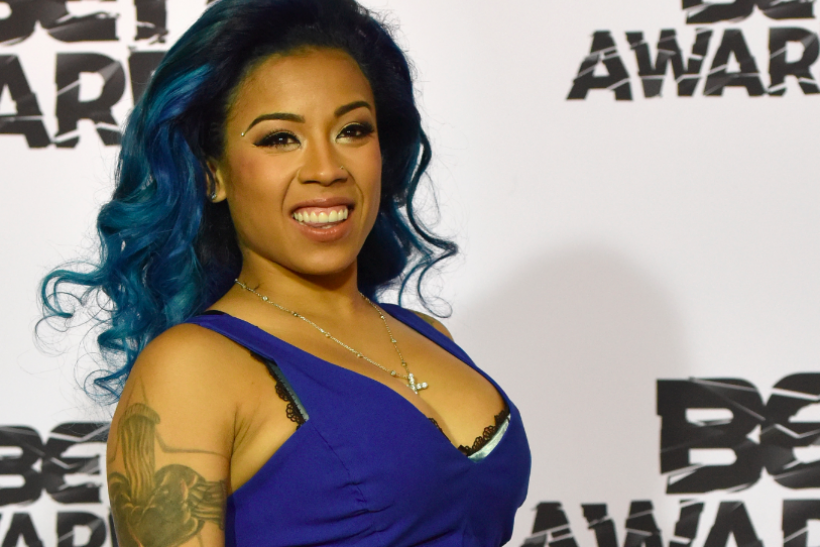 Recently, Keyshia Cole went on her Instagram to share a piece of artwork from her last album “11:11 Reset.” Just like the radio that took her single “Incapable’’ by storm, her fans began asking for her new album ASAP. After the album “Right Time,” she hasn’t dropped any new music lately. Maybe, Cole is planning a big surprise for her fans.

In July last year, Keyshia made headlines after she announced the news of her pregnancy on Instagram. However, she wasn’t expecting a second child and announced the pregnancy as a lie. Meanwhile, Keyshia is currently dating a 23-year-old boyfriend, who is 14 years younger than her. Many people have become judgemental after she started dating a much younger boyfriend, a few months after the divorce with her now ex-husband. So, who was Keyshia Cole husband?

With every sunset, there comes a beautiful sunshine every morning. Life of the people is also similar. No matter how agonizingly life treats us, there is always love at the end of the tunnel. Even though Cole couldn’t save her marriage, she is eventually happy being in a relationship with her new boyfriend, Niko Khale.

On the contrary, Cole did not reveal anything particular about her dating history with her boyfriend like previous relationships. Perhaps, the fear of losing someone is haunting her, so she prefers to keep her private life to herself.

Recently, Cole announced that she’s expecting her second child with her boyfriend, Niko via an Instagram. While advertising clothing brand named Fashion Nova, she disclosed about her pregnancy, but it later turned out to be a troll. Nevertheless, the duo hasn’t yet decided anything about their marriage.

Cole was previously the wife of Daniel Gibson. In May 2009, she started dating the former NBA player, Daniel. After a year, the two engaged on January 1, 2010. By March 2, 2010, she gave birth to their first child, a son named Daniel Hiram Gibson, Jr. (DJ).

Eventually, Cole and her now ex-husband, Gibson, exchanged their wedding vows on May 21, 2011. Soon after that, they renewed their vows in Hawaii in September 2011. Their entire wedding weekend aired as the  BET reality TV series Keyshia and Daniel: Family First in 2012. At the time, Cole had said:

“My husband wanted me to have my dream wedding so he flew all of our family members here. He’s giving me something I will never forget! Amazing.’’

Unfortunately, in 2014, Cole announced their separation during an interview. Ignoring divorce possibilities before, the two finally concluded their marriage in 2017. At last, Cole and her husband Gibson divorced in late 2017.

Keyshia Cole Net worth, Songs, Albums and Net Worth

With multiple platinum listed albums, Keyshia has come a long way with her music. Not only in music, but Cole has also established herself in whatsoever things she has involved herself. Due to her friendship with Tupac, her initial musical journey was easy to some extent. Until now, she collaborated with artists like D’Wayne Wiggings, Messy Marv and many others.

In 2012, Cole signed with A&M Records A&R Ron Fair. Following that, she released her debut single Never on March 23, 2004. Furthermore, she released her first solo album The Way It Is in 2005. Her second album Just Like You came out on September 25, 2007, which RIIA certified platinum.

Cole amassed most of her net worth from her musical tours such as A Different Me Tour, Woman to Woman Tour, Point of No Return Tour, and 11:11 Reset Tour. The multitalented singer received Vibe Award, Early Entertainment Awards, and Grammy Awards nomination.

So, the question is, what’s the figure of Keyshia Cole net worth?

As of 2018, Keyshia Cole holds a total net worth of approximately $9.5 million.

Keyshia was born on 15 October 1981 in Oakland, California to her parents Francine and Virgil Hunter. Hence, she is in 37 years of age. When she was two, her family friends named Leon and Yvonne Cole adopted her. After the adoption, she changed her last name to Cole.

Recommended: Is American Musician Madilyn Bailey Dating Someone? Who Is Her Boyfriend?

In 2016, she met her biological father, Hunter for the first time after the confirmation of paternity test. She has a brother named, Sean.

At age 12, she became aware of the music industry. She attended Fremont High School. As soon as Cole turned 18, she moved to Los Angeles to pursue a music career.

She is of African-American ethnicity. Regarding her build, Keyshia’s height measures 5 feet 2 inches and her weight is 54kg.