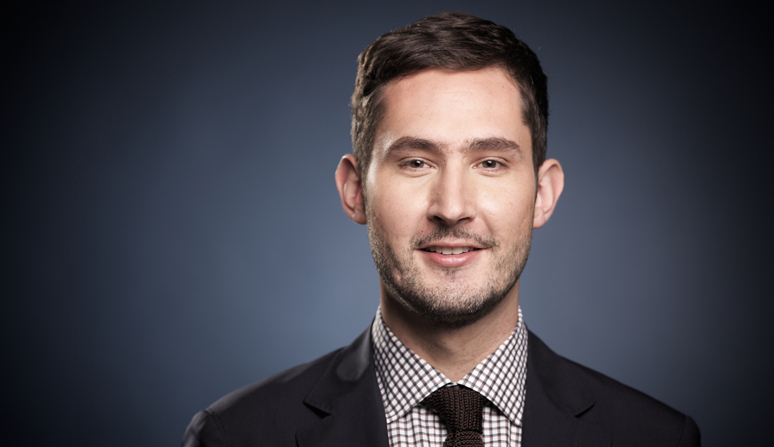 The founders of Instagram are leaving the firm after eight years.

Recently, CEO Kevin Systrom and CTO Mike Krieger announced that they are retiring from the mega-popular photo sharing social network, Instagram. The news came after months of chaos and indignities for Facebook.

Reportedly people suspect the tension between the creators and Facebook CEO Mark Zuckerberg might be the cause of their departure. However, both stated that they are leaving to “explore our curiosity and creativity again.”

In fact, the decision of the two to leave the app which they built from scratch took the world by the storm. Kevin Systrom’s love of photography inspired him to create the app. As a matter of fact, he never thought would hit 1 billion active users in the future. Now what’s next for Kevin and Mike?

Here is everything you need to know about the American entrepreneur and programmer, Kevin Systrom. Hold your breath to discover the jaw-dropping figure of Kevin Systrom net worth. You may be eager to explore Kevin Systrom married life too. So, who is Kevin Systrom wife?

From the fall to the rise, the only person who stood by Kevin Systrom’s side is his college sweetheart who tuned out to be his wife. For the world, Kevin Systrom might be another billionaire, but for his wife, he is one in a billion.

Starting their relationship at Stanford, Kevin Systrom married his wife, Nicole Schuetz on November 1, 2015. Despite being so wealthy, the two kept their wedding simple and private. As per the records, their marriage had a theme of New Orleans-inspired black-tie masquerade ball.

Furthermore, on November 2, 2017, Kevin posted his beautiful wedding photo on his own app Instagram wishing his wife second anniversary. His wife, who is a founder of clean energy investment firm Sutro Energy Group, has also filled her Instagram with her husband’ photos.

Moreover, on January 6, 2018, Kevin and his wife welcomed a beautiful daughter, Freya. Despite his busy schedule, Kevin manages to spend quality time with his daughter and wife.

Welcome to the world, Freya B! Love you @kevin

As of now, Kevin is enjoying the perks of new parenthood. Hence, we wish to see him growing his family bigger and more beautiful.

Delving into Kevin Systrom net worth, it will take forever to calculate his wealth as the programmer is the co-owner of one of the world’ most used app, Instagram. The incredibly wealthy Kevin made the Forbes 30 under 30 lists under the Social/Mobile category in 2014.

Read more: How Much Is Oracle’ Co-founder ‘Larry Ellison’ Net Worth? Explore His Salary, Earnings, House, Married Life, And Wiki!

Likewise, in 2016, Forbes ranked him as a billionaire with a projected net worth of $1.1 billion. Kevin Systrom net worth increased after Facebook stocks rose to more than 500%.

So, what’s the current figure of Kevin Systrom net worth?

After the graduation, Kevin started working in Google on Gmail, Docs, Spreadsheets, Google Calendar, and other products. Later, he left the company after not being moved into the Associate Product Manager program. Next up, he joined Nextstop which is a location recommendation startup, and Facebook acquired it. In 2010, Kevin made Burbn.

The @instagram journey is one I won't forget. It started by building simple products that solved universal problems. Now eight years we look back and are proud and grateful to have been part of that journey. Thank you to the entire community as we move on for now.

In 2010, Kevin Systrom co‑founded Instagram as a photo-sharing and, later, video-sharing social networking service along with Mike Krieger in San Francisco, California. Following that, Facebook bought Instagram for US$1 billion in cash and stock in April 2012 along with 13 employees. On September 24, 2018, Kevin Systrom and his partner, Mike, resigned from Instagram.

Kevin York Systrom was born in 1983 in San Diego, California to his parents Diane (Pels) and Douglas Systrom. His mother was a Vice President in Human Resources at TJX Companies while his father was a marketing executive at Zipcar, and worked at Monster and Swapit.

Kevin went to Middlesex School in Concord, Massachusetts. Later, he graduated from Stanford University with a bachelor’s degree in management science and engineering in 2006.

Kevin celebrates his birthday on December 30 and his current age is 35. He is of white ethnicity. He has a golden retriever named Dolly.

The handsome looking Kevin has a height of 6 feet 5 inches.