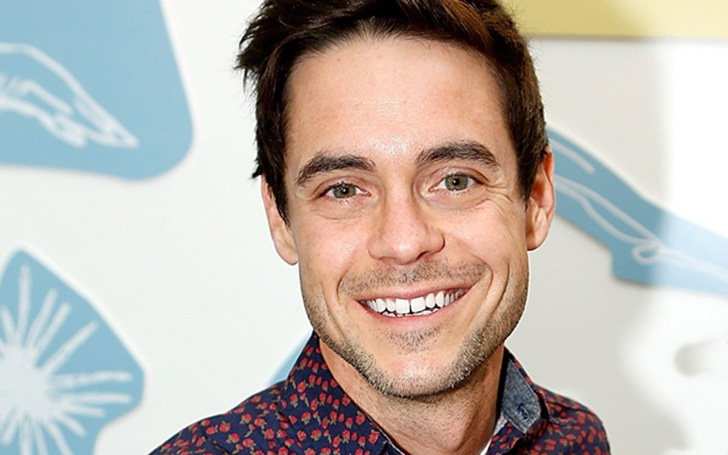 Kevin Manno, TV and radio host is ruling the hearts of countless audiences and all thanks to his anchoring style on MTV show, The Seven and radio show Valentine in the Morning. Prior to becoming a TV star, Manno interned at “Q101” and worked his way up to be on-air talent.

Manno has a successful professional career and same implies on his personal life as well. The host is living a blissful married life with his wife and children. To know more details about his personal life, read the article below;

Who is Kevin Manno?

Kevin Manno is an American TV and radio host who started his career as an intern at Q101 in 2002. He took several jobs before landing on the air in 2005 and after two years, he created The Manno Show along with his brother, Ryan Manno.

In 2009, he hosts the afternoon show on Vocalo for three months. Late that year, Manno and his brother started working as correspondents on Chicago’s music-based TV show JBTV  but still, he is searching for the great opportunities.

Luckily, in 2010, Kevin offered by MTV to host a daily, 30-minute pop-culture news show, The Seven. The show was was quite popular among audiences which helped him to gain public attention. The show, however, got canceled after months on the air after his co-host, Julie Alexandria left the show. Moreover, he hosts Abby’s Ultimate Dance Competition alongside judges Abby Lee Miller, Robin Antin and Richy Jackson.

Kevin Manno is happily married to his longtime girlfriend, Ali Fedotowsky. She is an entertainment journalist by profession. The duo exchanged vows on March 3, 2017, after two years of engagement in an intimate ceremony in the presence of their closed ones and family members.

The couple first met in 2013 during their work and after a few meetings, they eventually fell in love. Moreover, the duo is quite open up about their love life since their dating days and openly talked about their relationship.

Manno and his wife is a proud parent of two children, a daughter, Molly Manno who was born on 2016 just a year before their wedding and Riley Manno (born on 2018).

Kevin Manno’s Net Worth: How Much Does He Earn?

Kevin Manno holds a net worth around $2.5 million, considering his career profile. He is active in the hosting since 2005 and till the date, he worked on numerous TV and radio shows. The average salary of a TV/radio host is $20.17 per hour and $55,593 per annum.

Manno also made a decent sum of amount from stage hosting and public events. On, the other hand, his wife, Ali has a net worth of $600 thousand.

The handsome guy, Kevin Manno stands at a height of 5 feet 7 inches tall. Similarly, he has green eyes and black hair.

Where and when was Kevin Manno born?

What is Kevin Manno’s nationality?

What Ethnicity/Race does Kevin Manno belong to?

Where did Kevin Manno receive his education?

Which color eyes does Kevin Manno have?

What is Kevin Manno’s Hair Color?

How tall is Kevin Manno?