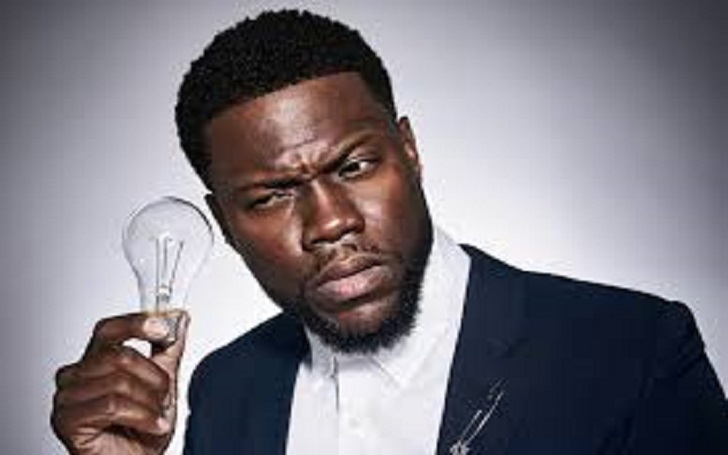 Congratulations to the new parents! Kevin Hart and his wife Eniko Parrish gave birth to their first child.

The actor and comedian Kevin Hart made a big announcement on social media. The comedian tweeted to confirm the arrival of the baby on 21st November:

God is truly amazing….Kenzo Kash Hart was born at 1:45am ….He is Healthy & already smiling. Thank you all for your prayers!!!! We love & appreciate ya #Harts

Hart and Parrish had announced that they were expecting a child on Mother’s Day.

Kenzo Kash Hart is Kevin’s third child; he also has a daughter named Heaven who is 12 years old and a son, Hendrix, 10, from a previous wife, Torrei Hart. Kenzo is the first child from his now-wife, Eniko Parrish. Previously, Kevin and Eniko were anxious to meet their newest addition to the Hart tribe, which she showed in her Instagram post.

After Kevin’s divorce with his ex-wife, Torrei Hart, he married his longtime girlfriend Eniko Parrish in a ceremony in Santa Barbara, California in 2016.  Kevin’s children were attendants when the couple married in a lavish ceremony last year after dating for several years. Couples gave fans a glimpse of their marriage by documenting the lavish affair on Instagram.

Caption: Kevin Hart’s children from ex-wife, Torrie Hart, were attendants for his marriage with now-wife, Eniko.

The couple is happy with the new member of the family. But Kevin has always been in limelight by his activities. Recently,  The Jumanji star reported that he was being extorted by an unauthorized party who claimed to have a videotape that allegedly showed Hart and a woman engaging in a sexually explicit activity. As Kevin have been embroiled in controversy, including cheating rumors, baby-mama drama and an alleged extortion attempt, throughout his now-wife, Eniko’s pregnancy.

Also, see: Sundy Carter Is Single After Experiencing Both Failed Marriage And Dating Affair: Focused On Being A Good Mom?

Kevin took to Instagram account to apologize to his pregnant wife Eniko and his kids for some “bad” behavior on his part.

Sending so many apologies to my wife & kids. I gotta do better and I will. I'm not perfect and have never claimed to be …I love you all.

A source later confirmed that Eniko is aware of what’s going on and that Kevin is not perfect, she said in a statement that She had accepted his apology and had her focus on her pregnancy and what’s to come. She has no plans for divorce. She believes Kevin is a good husband and always comes home to her.

We hope Kevin will be a good husband to his wife, Eniko Parrish and will be a responsible father to his children.

Congrats to the Harts family to have a new member!