Kerith Burke: Married To Her Husband; Know Her Wiki Facts, Bio, And Husband! 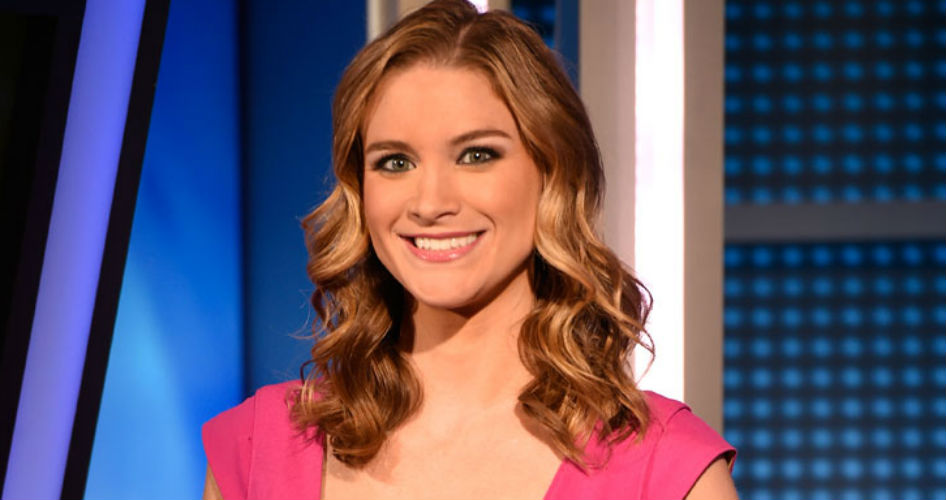 Kerith Burke is a child from a military family hopping from one place to another who had made it easy for her to adapt in an unfamiliar environment. Reporting back to back for National Basketball Association Champions Golden State Warriors is not much of a problem for her.

She is a sideline reporter for all Warriors games by NBC Sports Bay Area. Along with reporting and interviewing, she also provides some insights into the team on various platforms like Instagram, Facebook, Twitter, as well as Snapchat.

When ESPN had a mass layoff, many people worried about her career. But it was Kerith Burke, about five months after being let go, she became the new NBC Sports Bay Area’s Warriors, sideline reporter. Kerith’s reporting style is fun, and she has an excellent eye for details.

Kerith Burke is a married woman. She tied the knot with her boyfriend turn husband, David. Kerith announced about her engagement in January 2018 where she thanked Warriors for the flower and added, “I’m Engaged.”

Kerith revealed about her marriage to the fans and media personality on the 7th of September, 2018. In another post, she even mentioned that she got a silicone wedding ring for her then-fiance for sports.

The couple had a beautiful outdoor wedding by the sea and with their family and close friends accompanying them. It was a perfect wedding with a lovely couple and the nature adding beauty in the surrounding making it even more romantic. After the delightful marriage ceremony, they wrapped up their wedding festivities and are now ready to start their blissful married life as a husband and wife together.

Love of my life. We did it!

Kerith has been sprinkling romance over Instagram by posting her honeymoon pictures with her husband. As a matter of fact, she keeps uploading photographs mentioning how happy she is with the love of her life. Not only about the couple, but she also posts about the time spent with her family.

Apart, the star is active on social media. As of now, her Instagram account has more than 20k followers.

Kerith Burke was born in the year 1983 outside Seattle, Washington. Her birthday falls on the 23rd of February, which makes her age 35. She has a tall height of 5 feet and 9 inches.

Her military parents raised Kerith. She had to hop from one military station to another as a child. Since her childhood, Kerith lived an ambulant life traveling from one naval station to the next as the US army moved her father, a member of the Ranger battalion to different posts throughout the country. She currently resides in New York.

Kerith graduated from the Murrow College of Communication at Washington State University. She occasionally plays basketball and enjoys hockey and college football.

Kerith Burke has an estimated net worth of around $2million. She makes an annual salary of $43,520-$46,880. Her journalism career is the reason behind her fortune.