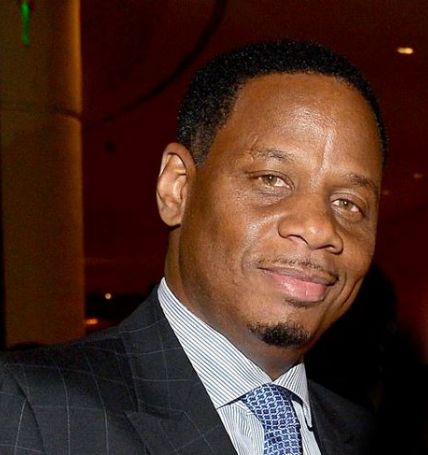 Kendu Isaacs‘ life turned upside down when he divorced Mary J Blige. The man who once managed the R&B singer wife started making headlines after the divorce.

Mary J Blige’s fan believed that she found her true love after her marriage with Kendu. But what was the reason that their relationship went downhill? Let’s find out.

Isaacs and Blige walked down the aisle on December 7, 2003. The duo first met in the year 2000 and became inseparable. Before exchanging vows, they lived together for more than a year. When Blige first met Kendu, she was really low and into drugs.

The Family Affair hitmaker had been in and out of many abusive relationships. She reached a point when she started hating men; however, after meeting Kendu, everything changed. Kendu gave her love and comfort. His love for her was unconditional.

In an interview, she said that Kendu was the first man to tell her that she was beautiful. When they started living together, they strictly followed the Bible which they started reading together.

Mary wanted to make sure that Kendu was the right man for her. Not having sex before marriage was one of the things which they both agreed upon.

Their marriage ceremony took place at Blige’s home in New Jersey and the number of guests that attended their important day was just 50 which includes some A-list celebrities from the music industry.

The nine-time Grammy winner Blige told the media that Kendu was the one who got her out of drug addiction and alcohol abuse.

The Notorious Divorce of a Beautiful Marriage

The divorce between Mary J. Blige and Kendu Isaacs is one of the most famous celebrity divorces in music. On June 20 of 2016, the divorce was finalized but it was more than two years before the negotiation began.

Citing irreconcilable differences as the cause, she filed the divorce. However, after some time of their divorce reports, rumors started coming out about Isaacs cheating on Blige. Isaacs reportedly spend a staggering amount of $420,000 on the woman he cheated with and the worst part is, it was Blige’s money.

LaNeah Menzies, popularly known by her stage name Starshell was reportedly the woman and she was also the student of Mary as Starshell was signed to her record label at the time. Well, Blige was not the only one to blame her now ex-husband. Kendu also said that she was actually the one who was involved with Starshell and also added that Blige is a lesbian.

The Oscar-nominated actress and singer said that she felt hugely betrayed by the man who she thought was the love of her life. She said that Isaacs never loved her one bit and was after her money from the beginning.

Kendu proved that most of the money he ever had belonged to Mary. Furthermore, he proved that he was shameless when he even asked money from Blige to take care of his children with his other wife and his parents. The excuse he made was that he was unable to get any jobs because of Blige.

The court ordered Blige to pay a sum of $30,000 per month in spousal support; however, the original price he asked for was a huge sum of $129,319 and he did get the price he wanted for a few months.

Before getting married to Blige, Kendu was married to Maurine. They exchanged vows in 1999. The couple had three children together among which one is daughter Brianna Latrise and two are sons Nas Isaacs and Jordan Isaacs.

The 51-year-old producer was also linked with many celebrities including Nia Long, Queen Latifah, Lauryn Hill, and Kimora Lee Simmons.

For more updates on celebrity news and entertainment, follow TheCelebsCloset.