Who Is BuzzFeed’s Kelsey Darragh Dating? Know Her Relationship Affairs, Net Worth And Wiki-facts! 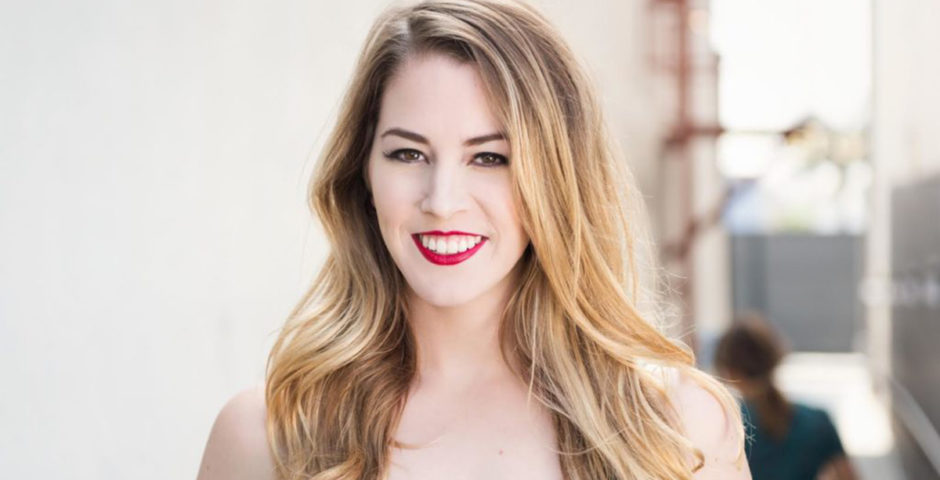 BuzzFeed comprises of a wide array of alluring characters who fulfill an entire content ocean. One of the writers of BuzzFeed is Kelsey Darragh, a media personality and YouTuber acknowledged for staying single and an avid fan of booze.

Well, Kelsey Darragh’ comedic ticks also turn on solemn subjects such as the stigma of bipolar disorder and perks of being bisexual. A Video Producer and Development Partner at BuzzFeed Motion Pictures, Kelsey Darragh’s wiki has to say a lot.

Get to know everything about Kelsey Darragh’s age, wiki, height, net worth, BuzzFeed and dating life.

Who is Kelsey Darragh’ dating?

The YouTuber has been open about her relationship and sexuality, Most of the times, she confessed herself as bisexual, being attracted to both guys and girls. As hilarious on BuzzFeed videos, she brings in similar vibes in twitter about her sexual orientation.

Kelsey Darragh is dating DJ Kap Slap, who is consistent in the music industry. The pair often shares their adorable pictures on Instagram feeds with a beautiful quote. It makes us believe that love does exist.

Though Kelsey Darragh involves in BuzzFeed drama relationship drama, she confronted how it differs from off-screen romance. According to YouTuber Kelsey Darragh, her boyfriend DJ Kap Slap confides her completeness, even without his presence.

“I’ve rehearsed most of my life half-assing relationships trying to complete what I thought was the missing piece…with you, there’s no void to fill-because there was never anything missing. Is it a compliment- ya know? Like truffle pram on fries when u went expecting it. You’ve helped me recognize that I am still everything without you. But we choose each other every day. & it’s a choice that I gladly make as long as the days keep going, I’ll keep on choosing you”

The couple is together for years but is not married yet.

Besides featuring on comedic skits of BuzzFeed production, she is the creative lead behind the web series Harder Than It Looks. On collaboration with Ned Fulmer, Michelle Khare, and Chris Reinacher, she has delivered comedic skits as well as crucial topics.

And some of them are If Netflix And Chill Were Honest When You’re A Girl Who Loves Food, When Drunk Food Is The Best Part of Going Out and many more.

How much is a Video Producer and Development Partner at BuzzFeed Motion Pictures, Kelsey Darragh’ net worth? Unfortunately, Kelsey Darragh net worth hasn’t officially made to the media records but she might definitely make an estimated fortune of $500thousand.

Since average video producers and developers earn around $57k per year, Kesley might also have earned the same amount ($57k) per year during her tenure as a  BuzzFeed video producer.

She was born on August 16, 1990, in Tampa Florida. Currently, Kelsey Darragh age is 28 years old. The blonde beauty, with height 5’ 9”, grew up with a sister. Later, she moved to Los Angeles, California binging in the Florida native.

She studied film and television at Auburn University. Then, she held BFA from the New York Film Academy. With the virtue of comedic ticks, Kelsey Darragh communicates difficult issues of sexual liberation and mental illness like bipolar disorder.