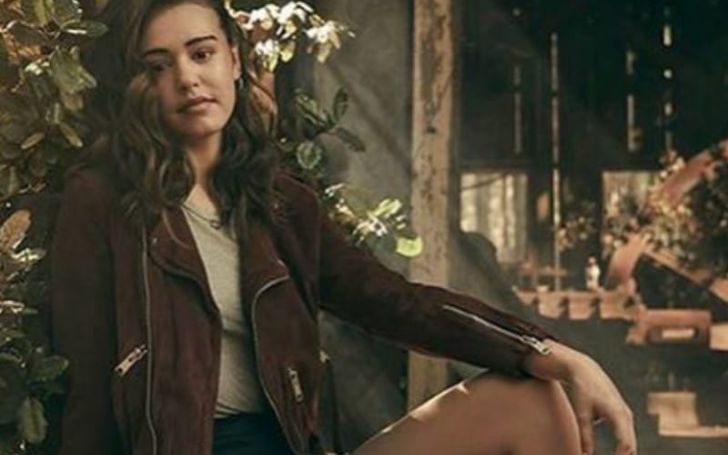 Kaylee Bryant is an American actress and a rising model. She first came into fame after her role as Josie Saltzman on The CW drama series ‘Legacies’. Besides, she has also played important roles in other several movies.

Kaylee was a child model and has gained some respect in the showbiz industry. With her talent manager Kate Linden, she has been representing some global brands like Ralph Lauren. The actress has gained over 791k followers on her Instagram. It seems her popularity is rising with her modeling and movies.

The actress Bryant was born on November 1, 1997, with the full name of Kaylee Marie Kaneshiro Bryant. Kaylee spent her childhood in Southern California after moving from her hometown Florida. She was born as the only daughter of Garrett Kaneshiro and Kristina Kaneshiro. Talking about her siblings, she has an older brother named Kane Kaneshiro.

Regarding her education, she was homeschooled because of her child-modeling and acting at her school age. She joined the high school at the age of 15. Some sources said she is a graduate but the information about her university is not mentioned.

Kaylee Bryant is a little protective of her personal life and relationship status. Although she was an actress from her young age, she is not open as shown in her movies regarding her love life. Also, any information about her past affairs is not disclosed yet.

Visiting her social media, it seems the 22-year-old actress is yet to be mingled. Even though she has some good male celebrities as a friend, she hasn’t been encountered dating anyone.

As mentioned earlier, Kaylee was a child-model who model for Ralph Lauren at the age of seven. After, she was only 8 years old when she joined the theatre and started acting. Some of the shows she has played are American Horror Story, The Real O’Neals, Kickin’ It, Santa Clarita Diet, and more. Her first lead role in Mary Loss of Soul made her recognizable in the film industry. Lately, she portrayed one of the main characters, Josie Saltzman, in The CW’s TV series “Legacies”.

Besides, she has also played in some short movies like ‘Zugzwang’, ‘Don’t Look’, and others. Along with her acting and modeling, she has also been launching a book club for her social media followers.

Kaylee Bryant Net Worth and Salary

The actress’s net worth is estimated to be around $0.8 million as of 2020. The sources for her fortune is from her acting and modeling career. Besides Instagram, she is also active on Twitter.