Katie Stubblefield Living A New Face After Face Transplant Aspires To Be Counselor! Know Her Wiki-Bio! 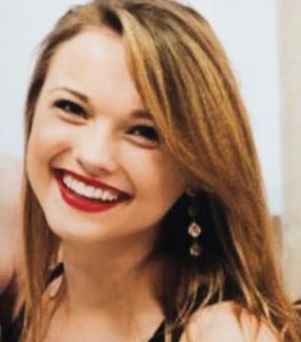 At the age of eighteen years old, Katie Stubblefield felt heartbroken when she noted the boyfriend’s text with another girl. So, she hurriedly went to brother’s home, targeted the rifle at the chin and shot it. And her brother saw Katie Stubblefield with no face.

Katie Stubblefield was immediately taken to the hospital where doctors sewed every possible skin grafts, stabilized jaws and eyes. However, the skin grafts continued to fall since she lost a larger portion of the face. Eventually, doctors of Cleveland Clinic suggested the need of face transplant.

Fortunately, doctors sought a match in Adrea Schneider, a 31-year-old who passed away due to a drug overdose. Eleven surgeons initiated working on Katie Stubblefield face for 31 hours of operation course, first saving her life and then repairing the damages. And the outcome was marvelous.

In the beginning, Katie Stubblefield parents, Robb and Alesia were devastated by what happened to their daughter. Then, they started to develop courage for themselves and daughter, who would fight the stares on the street.

Now, she aspires to pursue the career of counselor or teacher and enroll the missed college. With a new face, Katie Stubblefield wishes to work with other survivors and prevent suicide as possible.

“Life is precious, and life is beautiful. Life is a gift,” Stubblefield says. “No matter what you are walking through, there is someone that you can talk to. There’s always help available when you hit that low point. I’m very thankful to be in a position to share about that.”