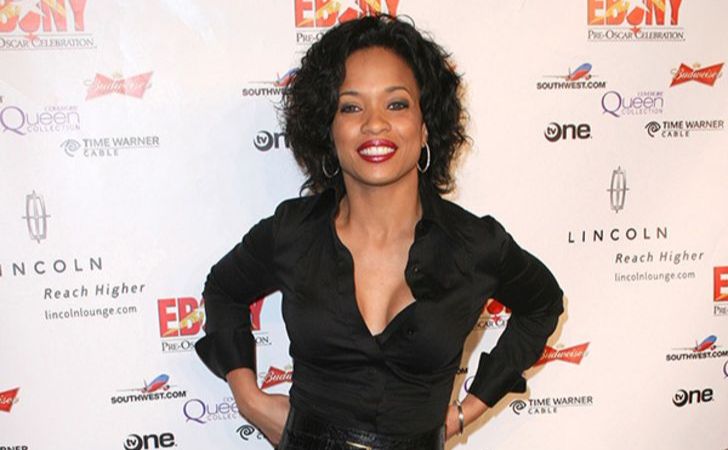 If you are into books and novels, then you must know the American author, Karrine Steffans. She is one of the most accomplished writers and a video vixen with numerous music video appearances.

The multi-talented personality works as a well-accomplished actress, rapper, and author. She is famous for her Vixen series books, which impressed a large scale of people. So, today, we take you close to the personal life of the reputed Karrine Steffans.

Steffans is a one-time divorcee and got into a controversy in her potential next marital affair.

Steffans married for the first time in 2009 with a renowned American actor of ABC‘s Family Matters Darius McCrary. Even though that was McCrary’s second marriage, it wasn’t a problem for the Vixen author.

After nearly a year of their marriage, McCrary filed for divorce with Karrine. McCrary choked her from behind and abused her physically with a belt during a heated argument inside their car. This unfortunate incident happened at the Sunset Marquis Hotel in Los Angeles.

The court proceedings gave orders to McCrary to stay at least 100 yards away from Steffans.

The series of failed relationships continued to occur in the life of the American author as she shared a controversial relationship with the singer, Columbus Short.

In early 2016, Steffans allegedly tied the knot with Short. However, Short later filed a restraining order against Steffans claiming that they never wed despite announcing to marry. On the other hand, the Vixen writer denies these claims.

Steffans accused Stomp the Yard actor, Short of cheating on her. Furthermore, she said that she did two abortions while they had their affair.

Steffans has a Son with Kool G Rap

The elegant artist, Karrine Steffans has one son with Kool G Rap. The author moved in with the rapper at the mere age of 17 and conceived her first children then.

YouTube: Karrine Steffans in an Interview talks about Lil Wayne.

In fact, it was Kool G Rap, who introduced her to hip hop and music. Consequently, she featured in a music video with a well-known singer, Jay-Z’s, Hey Papi.

Karrine Steffans Endured a Tragic Past

No word other than strong and brave can be given to Karrine Steffans considering who she is now and what she went through in her past. Unfortunately, the millionaire artist got raped when she was just 13. This surely led her to physical suffering and severe depression.

The artist covers all these pains and sufferings in different books. In fact, she featured in The Oprah Winfrey Show in 2006, where she shares all the hardships she felt being sexually abused during childhood.