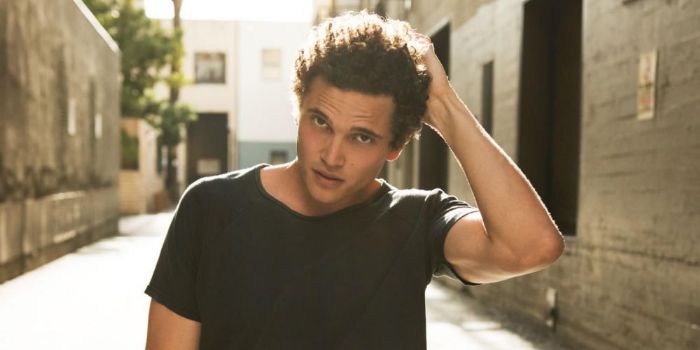 Karl Glusman is an American actor who came into the spotlight with his role in the movie ‘Love.’ He started acting professionally in the late 2000’s and rose to prominence in the year 2015 when his film set a record at the Cannes Film Festival.

Before pursuing his career into acting, Karl wanted to become a businessman but decided his calling was an entertainment. He started with a few commercials and then made minor appearances in low-key films.

Karl was recently in the news after his engagement to Zoe Kravitz, which was announced in the Rolling Stone. He has it all, a dynamic personality and talent that every girl love.

Karl Glusman Engagement with His Wife-To-be

Karl is engaged to his actress girlfriend, Zoe Kravitz. The couple has been together since 2016.

In October 2018, Zoe slipped that the couple has been engaged for over six months and had kept it secret. His Instagram often involves candid pictures of him and his girlfriend together. The couple announced their engagement in an interview with the Rolling Stone. The interview will publish in the November edition of 2018.

The pair had gone public in October 2016 when they were spotted holding hands as they left a Kings Of Leon concert. The couple looked deeper in love than ever as they packed on the PDA outside a bar in N.Y.C. in August 2018. They even shared a passionate kiss as they enjoyed their night out on the town.

Neither of them has gushed anything about the plans of getting married. It looks like they will surprise their fans with their wedding pictures in the coming days without any prior notice.

Karl Glusman Movies and Net worth

His career started in the entertainment industry with various commercials including a television series advertisement for Adidas. He had a short role in the movie The Iconographer. He then played a recurring role in the year 2011 when he was cast as Yoming in the mini television series No. 6, and appeared in all of the six episodes.

Karl didn’t have luck in the next couple of years and was only seen in two short films Blow Up and Summer House. His breakthrough moment arrived when he went to France and was introduced to Gaspar Noe, a film director. Gaspar cast Karl in the movie Love, which got debuted at the 2015 Cannes Film Festival.

During the Film Festival, Karl met Tom Ford, a famous fashion designer and movie director. Tom was so impressed with Karl’s acting skills that he decided to cast him in his movie Nocturnal Animals. He also performed in many other films like The Neon Demon, Stonewall, Embers, and so on.

Karl is currently working on several projects which are set to release in the year 2019. He will be seen in the thriller movie Above Suspicion and in the drama movie starring Tom Hanks titled Greyhound. He has also been announced as the lead for the thriller TV series ‘Devs’, which is scheduled to be released in the year 2020.

Glusman has acted in many movies and television series to the date. But what’s the figure of Karl Glusman net worth?

As of 2018, Karl Glusman net worth is under review.

Karl Glusman was born in the year 1988 in the Bronx borough, New York. His birthday falls on 3rd January, which makes his age 30.

Karl moved with his parents in Oregon and Portland at the age of six months. He grew up with his younger sister named Liz Gluman.

Karl went to Lake Oswego High School. After completing his high school, he attended Portland State University. However, he left the University during the first year and joined Portland Actors Conservatory to learn acting skills. He later enrolled in the William Esper Studio in New York.

He is quite tall as his height counts 6ft 2ins.