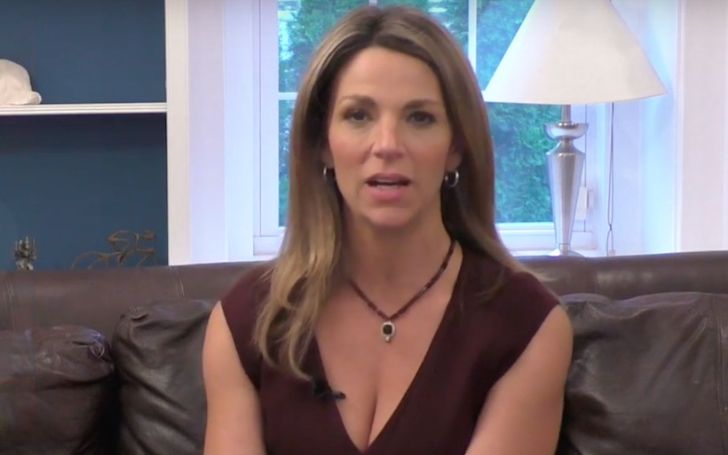 At this generation, where social media handles like Facebook and Reddit are all over, Karen Hepp took the courage to file a $10 million lawsuit against them. The co-host at Fox 29 consequently rose to upmost trend and fame after the internet-breaking event in 2019.

The Fox followers knew Hepp quite sometime before as she hosted the interactive show of ‘Good Day Philadelphia‘ from 4 to 6 AM and 9 to 10 AM. So, today we take you closer to the $10 million lawsuits filed by the co-anchor and her personal life.

The face of Good Day Philadelphia, Karen Hepp, shocked many when she reported a lawsuit against companies like Facebook and Reddit. Furthermore, she even filed complaints against Imgur, Giphy, and a pornography company, WCGZ S.R.O

The television host alleged the social sites for using her photos unlawfully in their commercial websites. Not just the sites used her pictures, but they used them most disgustingly in dating and erectile dysfunction ads. Shockingly, the host later found that the sites took her image from a convenience store’s security camera in New York City.

Hepp and her attorney demanded compensatory damages of about $10 million from the alleged parties for the sickening act they did.

The aspiring journalist recently completed her nine years in the Fox 29 Network as she joined the team in November 2010. Today, she hosts the famous show, Good Day Philadelphia alongside Alex Holley and Mike Jerrick.

While Hepp’s journey with Fox kicked off from 2010, she used to work at WNYW-TV, anchoring Good Day Wakeup. Not just that, she owns eight years of experience at WNBC, WCAU, and WVIT.

How Much is Karen Hepp’s Net Worth?

With about two decades into the journalism career, Karen Hepp is quite an accomplished figure today. Impressively, she accumulates a hefty net worth of $500 thousand as of 2019. Courtesy of that, she lives a lavish lifestyle with her husband and family.

The Fox 29 co-anchor, meanwhile, could be a millionaire very soon through her $10 million lawsuits. In case she wins the case, she will acquire not just justice but an enormous sum of money.

Karen Hepp is a Married Woman

Yes, the accomplished diva, Karen Hepp, experienced success in her personal life as well. The beauty was fortunate enough as she married her longtime lover, Brian A. Sullivan, on June 4, 2005. They exchanged the holy vows at St.John Neumann Roman Catholic Church in Bryn Mawr, Pennsylvania.

Introducing you to her spouse, Sullivan is a Insurance and Estate Planning director. Like her wife, he earns enough salary to keep the food on the table.

After 14 years of their marriage, Hepp and her husband are blissfully together. Likewise, they are parents to three adorable children as well. Hepp’s three sons are Quinn Sullivan, Macklin Sullivan, and Kellen Sullivan.